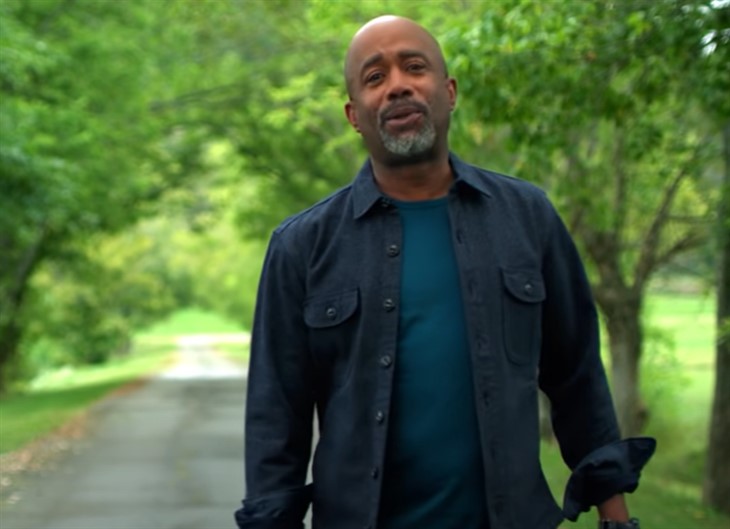 Ask Darius Rucker about the architectural style of his new house in Nashville, and he gushes over it and doesn’t miss a beat. The Country music singer-songwriter Darius Rucker says his home in Nashville, Tennessee, is giving him a fresh beginning! Reports have it that he and his son just recently moved into the new home. In Darius’s words 6 months after they officially moved in, he said,

“My son and I came here for the golf course; we stayed for everything else,” Rucker explains. “I love the house, I love where we live, I love the neighbors.” We believe the neighbors he might be referring to include fellow country crooners Brett Young, Chase Rice, Cole Swindell, Luke Bryan, and Jason Aldean, all of whom frequently hit the country music with Darius.

As a matter of fact, the Country music star, Darius Rucker has been through a lot of changes over the last few years. From the likes of his adorable daughter, Daniella – who left for college in New York City, to the singer’s longtime wife, Beth Leonard – who called it quits with their marriage. So, it’s been tough for Darius Rucker for the past 2 years.

About Moving Into A New House

The country singer-songwriter and his son moved into a new residence in Tennessee, Nashville. Darius Rucker’s home is situated within a golf course community and was featured in a recent Architectural Digest article and video on YouTube. The singer-songwriter and his teenage son, 16-year-old Jack, have occupied this new estate since mid-month in 2020, and they love every bit of the estate as it enables them to participate in one of their favorite pastimes— golf.

What Does Darius Rucker Have To Say About His New Residence?

The country music crooner said he loves [that] this house] feels like a place for them to come together and be a family, and live. After all, that is what normal humans would want from a house.

Madonna Allegedly Photoshopped Her Face Onto Someone Else’s Body For A Promotional Image https://t.co/NafwmD6Xe5 pic.twitter.com/6ZdbghinvI

Tennessee’s Residence Is New Home For The Rucker’s

Without an iota of doubt, this is Rucker’s first place in the Nashville area. Previously, the star lived in his home state of South Carolina, but he didn’t have enough closure with his other country music crooners. In this new residence, his fellow country music artists like Brett Young, Chase Rice, Cole Swindell, Luke Bryan, and Jason Aldean live nearby and often hit the links with Rucker. In Darius’s words

“I think most of the people I meet and hang with are surprised I didn’t have a place all this time—I’ve made all my records here,” the star explained. “After over a decade of being here and working hard and trying to be a nice guy, I like to feel I was already part of the community before I moved in.”

Darius Rucker’s home is beautiful and we are sure he will enjoy more than one golf game in his backyard.