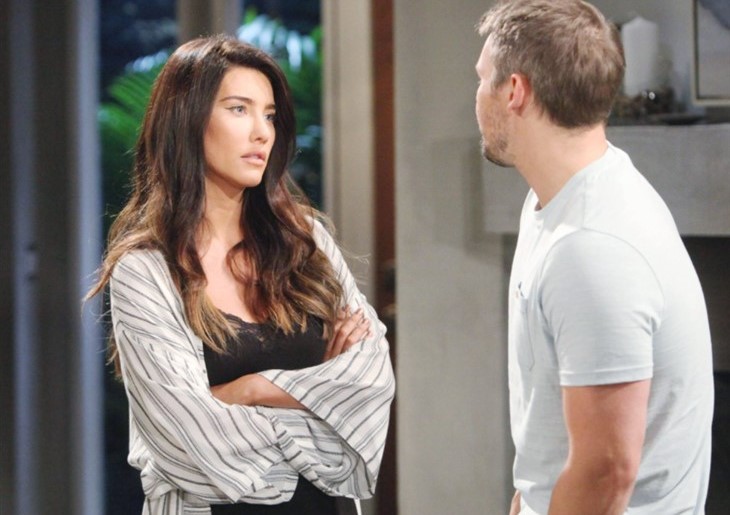 The Bold and the Beautiful spoilers tease that Liam Spencer (Scott Clifton) and Steffy Forrester’s (Jacqueline MacInnes Wood) secret is about to be exposed. With that at least three changes will impact this area of fictional California.

Lope, Sinn, and the families of those connected to the couples will be drawn into this major drama. There’s not doubt that Liam’s misconception about the mannequin provoked his trip to the cliff house. Then, Steffy’s agreement to reconnect with him, created the current predicament.

Of course Thomas Forrester’s (Matthew Atkinson) mental health issues were the cause of many past periods of drama. But the mannequin problem has been proven to reflect the subdural hematoma he was dealing with. That has been addressed and Thomas is recovering.

The Bold And The Beautiful (B&B) Spoilers: Should Steffy Take Liam Back? – Finn Is The Better Man

Liam became incensed when seeing what he thought was Hope Spencer (Annika Noelle) and Thomas kissing at the apartment. That’s generally understandable, with the questionable writing of Clifton’s character out of that room. Normally Liam would have confronted Thomas in the moment.

To then see Liam immediate unburden himself in front of Steffy is believable. But to have Liam initiate romance was his free will choice and fault.

One change that happens from the reveal will have Liam labeled as a villain, with the focus shifting away from Thomas wearing that perpetual label.

Steffy is a very level-headed person. But she is human, which is sometimes forgotten by those who seem to overly praise her life.

Wood’s character should not be blamed for continuing to love Liam. The heart wants what it wants. He’s also Kelly Spencer’s (Avalon and Colette Gray) father, which creates a lasting bond between Steam that goes well beyond their on-again, off-again coupling status.

Because Steffy isn’t anywhere near as emotional as Liam, she will be held accountable by John Finnegan (Tanner Novlan), Hope, and Brooke Logan Forrester (Katherine Kelly Lang). That’s another change that happens, Steffy’s status will be reduced for awhile.

The Bold And The Beautiful Spoilers: Thomas, Zoe, Liam And Katie Need To Make Big Changes In 2021https://t.co/hjQbHQf4Dd

The Bold And The Beautiful Spoilers – Couple’s Status In Flux

It would be easy to say that Lope will divorce and Sinn will break up after the reveal happens. But soap operas can’t allow simple solutions because extended drama wouldn’t be possible.

A third change, among others, is that Liam, Hope, Steffy, and Finn will remain in a suspended state after the reveal. This will be driven by the teased Steffy pregnancy storyline that appears to be coming and the genuine love that can override upset feelings if Hope and Finn eventually arrive at forgiveness.

The Young and The Restless Spoilers: Who Is The Perfect Woman For Jack Abbott? Vote Now!