The Bold And The Beautiful (B&B) Spoilers: Should Steffy Take Liam Back? – Finn Is The Better Man 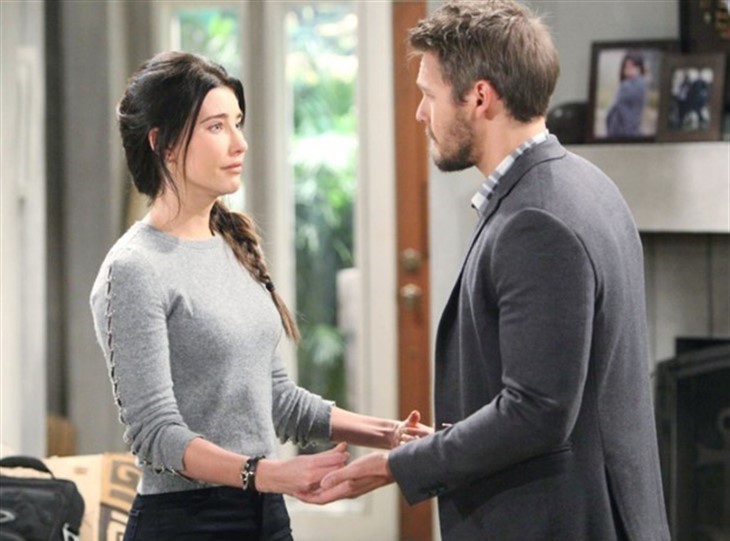 The Bold and the Beautiful (B&B) spoilers tease that in Los Angeles Steffy Forrester (Jacqueline MacInnes Wood) might be forced to give up John Finnegan (Tanner Novlan). Liam Spencer (Scott Clifton) is provoking that angst and may totally upend two families and other connected characters.

Hope Spencer (Annika Noelle) will feel betrayed, exactly as Steffy warned, if Liam decides to tell her about the night at the cliff house. But then Finn would become part of collateral damage, along with the children that are involved.

For all the many times he lambasted Thomas Forrester’s (Matthew Atkinson) disruptions, Liam is the one who’s out of control now. He’s worked himself into a frenzy because of the weight of the guilt on his soul.

Saying that having Thomas live at Brooke Logan Forrester’s (Katherine Kelly Lang) home is a major problem further reveals Liam’s fragile state of mind. Thomas is recovering from brain tumor surgery, while Liam is dealing with the fallout of what he did with Steffy.

Steffy loves Liam more than any other man. So, it’s easier said than done to tell her to stay away from him if Hope cuts him loose.

However, Steffy told Liam something very important that also hopefully implies how her own will power will be used. She said that if Liam tells Hope the secret, then Beth Spencer (Madeline Valdez and River Davidson) and Douglas Forrester’s (Henry Samiri) lives would be thrown into chaos.

Surely Steffy will keep that calculation in mind if she explores a recoupling with Liam.

The Bold And The Beautiful Spoilers – John Finnegan Deserves Trust

Finn will be hurt and angry when he becomes aware of the reveal. Since Sinn isn’t a longterm couple, it’s reasonable to believe that he will tell Steffy they’re finished.

But fans know that teasers indicate Steffy will be having a test done soon. If pregnancy is being evaluated, then either Liam or Finn could become the father of her next baby in 2021.

So, Liam is already tied to Steffy for life through Kelly Spencer (Avalon and Colette Gray). Another child would probably lead to a Steam reunion. But it’s hard to predict how Finn would respond to fatherhood status.

Finn likely would be fully conflicted. He would be thrilled to be a first-time father. But staying in a relationship with Steffy would be very challenging.