The Bold And The Beautiful Rumors: Thomas Forrester Dies? 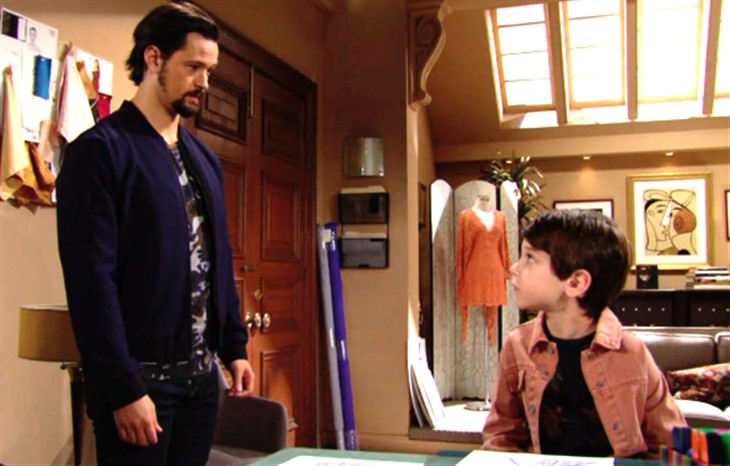 The Bold and the Beautiful (B&B) spoilers reveal that a death is about to occur in LA, the Grim Reaper will put in a personal appearance. Who is he coming for?

Many think that Vinny Walker (Joe LoCicero) is about to meet his maker, but they would be wrong? Thomas Forrester (Matthew Atkinson) is rumored to be in the Reaper’s sights, and no we are not mistaking him with meanie Brooke Forrester (Katherine Kelly Lang)!

The Bold and the Beautiful spoilers: Is Thomas Forrester Dead?

The speculation mill is churning with fantastical rumors that none other than Thomas will soon have a little paper toe tag adoring his lifeless body. Why is this rumor going strong? Only because Hope Spencer (Annika Noelle) is called to ID the corpse when it’s at the hospital.

Could it be Liam Spencer (Scott Clifton) who meets with a death most foul? It could be, but the skinny is that Thomas is a more likely candidate than Liam.

Hope is the coparent to Douglas Forrester (Henry Joseph Samiri) and it makes sense that she would be listed as an ICE number.

The Bold And The Beautiful Spoilers  Will Douglas Forrester Be an Orphan?

The interesting thing about this potential plotline is that it calls into question who is going to take care of Douglas permanently. Hope is his mommy of record, but he has a bio mom, Caroline Spencer (Linsey Godfrey). Or at least he did, before she died.

Many fans have speculated over the years that Caroline could really be alive. After all we only have Thomas’ word to go on!

If Thomas is killed Hope could think she is free and clear to take care of Douglas forever. But not if Mommy Caroline returns!

The Bold And The Beautiful (B&B) Spoilers: Brooke Pressures Hope – Will She Choose Thomas?https://t.co/YTCK7O8HD4

B&B Spoilers – What Happens Next In LA?

Linsey Godfrey just left her role as Sarah Horton on the NBC sudser Days of our Lives. This of course has led to all sorts of speculation about a possible return to B&B. Maybe she would even come back as a new character?

It also opens up the possibility of a new woman in town, one that Liam could turn to if Hope starts waffling on him. After he cheated on her she was conflicted, but if she has to face the reality of losing Thomas she may be in conflict about losing Liam as well. If there were competition for his affections it would certainly steam things up if the other woman is Douglas’ other mom!

Be sure to catch up on everything happening with B&B right now. Come back here often for The Bold and the Beautiful spoilers, news, rumors, and updates.

90 Day Fiancé: Natalie Mordovtseva Hints She’s Still In The US

Danniella Westbrook On EastEnders’ Sam Mitchell Recast: ‘It Was A Blessing’