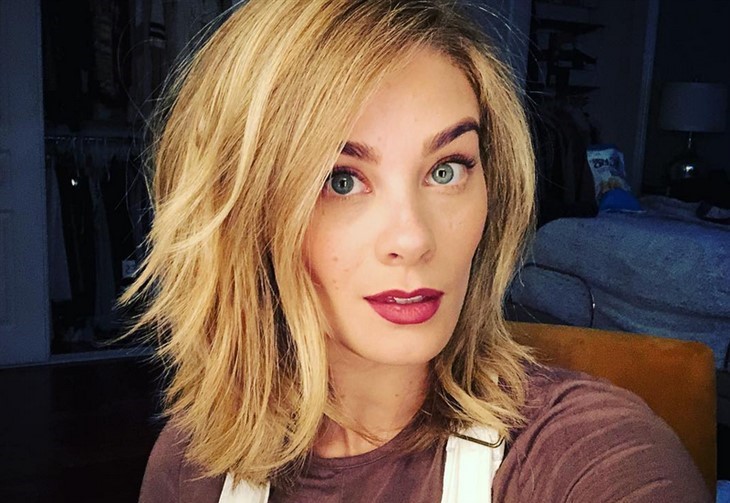 The Bold And The Beautiful spoilers and updates tease that Kim Matula, the former portrayer of Hope Logan, has joined the cast of a coming-of-age comedy titled Tapawingo. The actress is also set to make a guest appearance on IMDb TV’s Leverage revival titled Leverage: Redemption, which is set to air on July 9.

Matula is currently filming her scenes for Tapawingo in central Virginia. The movie follows the story of a “listless oddball who becomes the unlikely bodyguard for a misfit teenager and finds himself in the crosshairs of the town’s family of bullies.”

The Bold And The Beautiful Alum  – Kim Matula As Hope Logan

Fans may recall that Matula took over the role of Hope in 2010 after the character was SORASed into a teenager. Her impeccable performance landed her a nomination for a Daytime Emmy Award in the Outstanding Younger Actress in a Drama Series Category. During Matula’s stint as Hope, her character was part of the love triangle between Wyatt Spencer (Darin Brooks) and Liam Spencer (Scott Clifton).

The Bold and the Beautiful spoilers tease that Thomas Forrester (Matthew Atkinson) may finally earn the trust of Liam Spencer (Scott Clifton). Unfortunately, he needs to do more to convince Brooke Forrester (Katherine Kelly Lang). Brooke has always been Hope Spencer’s (Annika Noelle) protective mom. She may need more proof aside from the Vinny Walker (Joe LoCicero) story.

Brooke may appreciate Thomas’ dad skills with Douglas Forrester (Henry Joseph Samiri) but that won’t be enough to earn her trust. She’ll always be cautious when it comes to Thomas because of his history.

Elsewhere, there’s no doubt that Bill Spencer (Don Diamont) will seek revenge once he finds out about Justin Barber’s (Aaron D. Spears) betrayal. But for now, Justin will have to answer Ridge Forrester’s (Thorsten Kaye) question about Thomas’ whereabouts. Ridge will grow more suspicious of Justin and he’ll want to know if he has something to do with his son’s disappearance.

Hope is also set to find Thomas in the basement of the Spencer Publication. The latter may provide a brief explanation about what had happened to him while Hope finds a way to free him. As Hope tries everything to rescue Thomas, Justin will do all he can to keep Thomas’ captivity situation under wraps.

Maxie’s Baby Story Is A Hot Mess On General Hospital