The Bold And The Beautiful: Hunter Tylo And Ronn Moss’ Short Affair 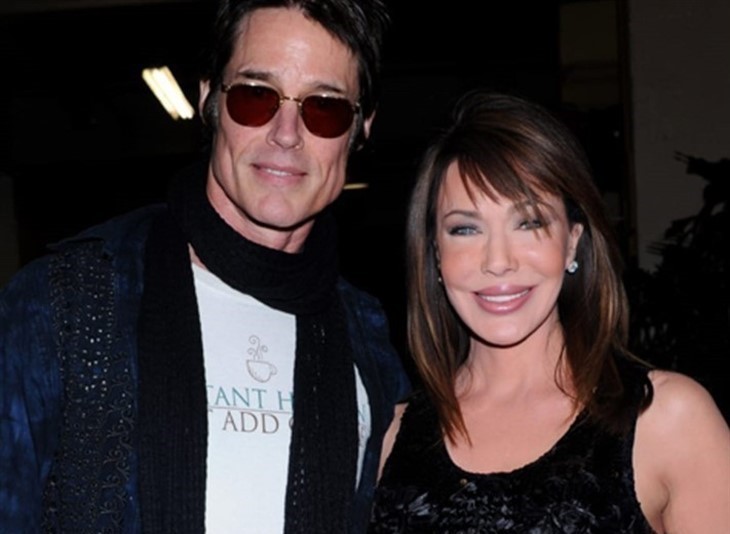 The Bold and the Beautiful spoilers and updates tease that Hunter Tylo claimed that she and Ronn Moss had a short affair back in the day when they were still part of the daytime soap. The chemistry they had when they played Ridge Forrester and Taylor Hayes was remarkable.

Their relationship on-screen grew and so did their attraction behind the camera. Their great chemistry on-screen had an effect on their real lives. In a previous interview with New Idea, Tylo revealed how her relationship with Moss evolved.

The actress told the Australian magazine that back then she was married to Michael Tylo. Her husband saw their chemistry on-screen and felt threatened by it.

“He was very threatened by Ronn and the chemistry we had onscreen – we definitely connected with an intense passion. So I did everything in my power to push Ronn away,” Tylo shared.

But things heated up when Tylo returned to the daytime soap and was already divorced from her spouse. Moss had the same circumstances, which meant nothing was holding them back anymore.

Tylo said she and Moss had a real-life relationship, which she claimed was started by Moss. She recalled that he was not holding back during their kissing scenes.

Moss has remained silent about Tylo’s claims that they had a short affair. However, their behind-the-screen relationship didn’t last long. Moss got married to Devin DeVasquez in September 2009. Tylo followed suit and married Gersson Archila in November 2009. However, Tylo annulled their marriage after 9 years.

Moss’ previous wife was Shari Shattuck and they shared two beautiful daughters. Tylo was first married to Tom Morehart and then followed by Michael Tylo. She had one son with Morehart and had three children with Michael.

Moss is no longer with the Bold and the Beautiful. He left the show in 2012 after 25 years of playing the role of Ridge Forrester. The character was recast in December 2013 and Thorsten Kaye landed the gig.

Meanwhile, Tylo stayed on longer and played the role of Taylor sporadically over the years. Her last appearance was in March 2019 and her character was recast and Krista Allen will be taking over the role this coming December.

Will Kaye and Allen have the same chemistry as Moss and Tylo? Will the recast of Ridge and Tylo capture the hearts of viewers?