The Bold And The Beautiful (B&B) Spoilers: Why Hope Shouldn’t Trust Liam 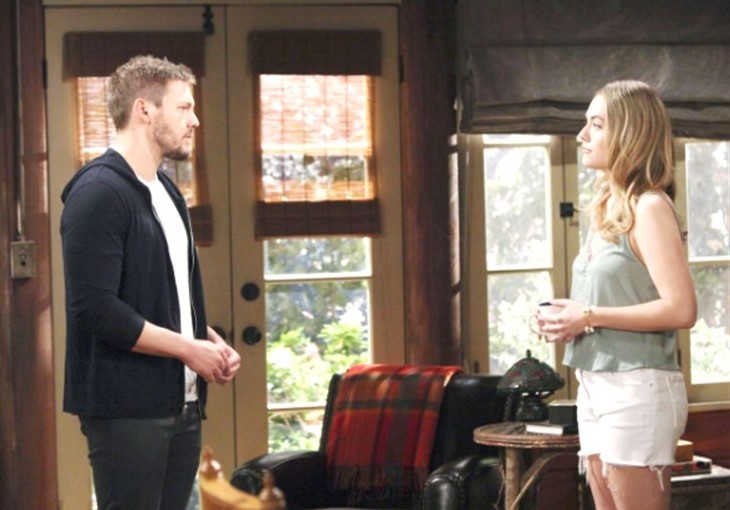 The Bold and the Beautiful (B&B) spoilers say that Liam Spencer is one man in this fictional town of Los Angeles who has gotten away with too much in his life. Sure, he might be the golden boy of the Spencer Family, but he’s also one of the most spoilt, immature men we’ve seen on daytime television in a long time. He’s the kind of person that always wants his cake and of course, wants to eat it, too. With that said though, Hope Logan (Annika Noelle) absolutely needs to stop believing that Liam is the man of her dreams when he’s been nothing more than a nightmare. In fact, we’ve got three reasons why she shouldn’t trust him at all.

The Bold And The Beautiful Spoilers – Liar, Liar Pants On Fire

Has Liam ever been in a situation in which he did tell the truth? We think not! For all of the times that he told Hope that he loved her and that she was the only woman for him, he then crawled back to Steffy Forrester (Jacqueline MacInnes Wood) and went to bed with her. What self-respecting woman wants a man like that? Hope needs to slam the door on Liam once and for all and keep that door permanently shut.

There’s no denying that Liam Spencer has had a very privileged life. He’s gotten everything he’s ever wanted rather easily, plus more. But at the same time, he’s never really had an opportunity to grow up. He’s never paid the price for his bad deeds. That’s why he’s freaking out so much over the possibility that he might or might not have killed Vinny Walker (Joe LoCicero). This grown man needs to stop crying and face the truth of his actions, once and for all.

For years, everyone has witnessed the way Liam Spencer has been emotionally abusive towards the women that he supposedly loves. Sure, he might not look like a monster from the outside, but he certainly has a special way of gaslighting someone without them knowing them. Simply put, Liam is the kind of guy that needs to pay his dues. He’s done a lot of awful stuff in the past and if he did indeed kill Vinny Walker, then he needs to be put behind bars for it – and for a long time, too. Do you agree?

Days Of Our Lives (DOOL) Spoilers: Kate Keeps Getting Headaches – Side Effects From Rolf’s Serum?