The Bold And The Beautiful (B&B) Spoilers Wednesday, May 19: Hope Suspicious, The Beginning Of The End For Liam? 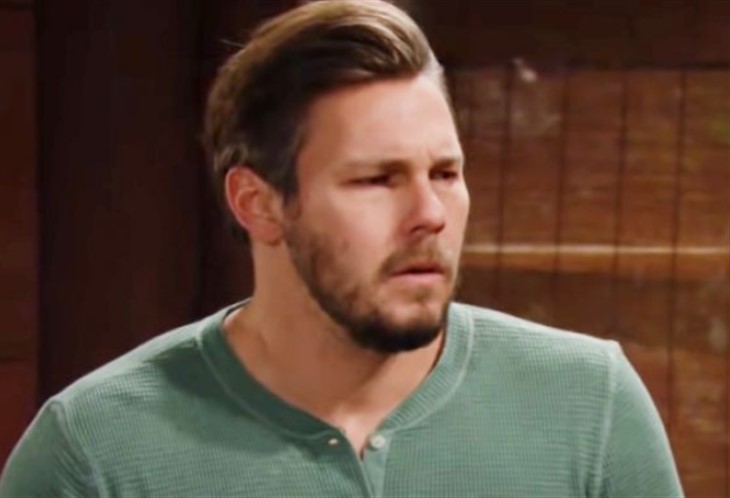 The Bold and the Beautiful (B&B) spoilers for Wednesday, May 19, 2021, reveal Liam absolutely falling apart, thinking nobody notices but everyone does.

Liam (Scott Clifton) gave Hope (Annika Noelle) a perfect romantic evening that ended in making love. It also ended in Hope thinking everything is right with the world and Liam will never keep another secret from her again. Hope clearly doesn’t know her husband because he’s been keeping a secret for weeks now and it’s one she’d never guess.

However, it looks like Liam thinks he doesn’t have the right to be happy (perhaps Liam’s subconscious is trying to tell him something) because now that he has everything he said he wanted, his mind starts playing more tricks on him than ever. He breaks out in a cold sweat and looks to be hyperventilating the way he does when he’s with Dollar Bill (Don Diamont).

When Thomas (Matthew Atkinson) stops by to see Douglas (Douglas), the guilt overwhelms Liam because he knows Thomas is mourning his friend and he’s responsible for his death. Thomas is confused when Liam suddenly issues him an apology. He has no idea what the apology is for and Liam won’t tell him, which makes things seem even stranger.

When Thomas leaves is when Liam starts acting even stranger and that’s saying something considering how strange he was already acting. He is a hot mess and saying more and more things that don’t make any sense. Hope goes from riding high after a perfect night to terrified for her husband. He keeps telling her he is sorry and wants to be able to tell her what’s going on but he can’t because it would hurt her..

This makes Hope really curious. Does this have anything to do with his affair with Steffy (Jacqueline MacInnes Wood) and the baby? He can’t really be cheating on her again, could he? (He could because he’s Liam but this time that’s not it.) Will Liam actually fess up and drag Hope into this mess that Bill helped create. Stay tuned to The Bold and the Beautiful weekdays to see how this story plays out.