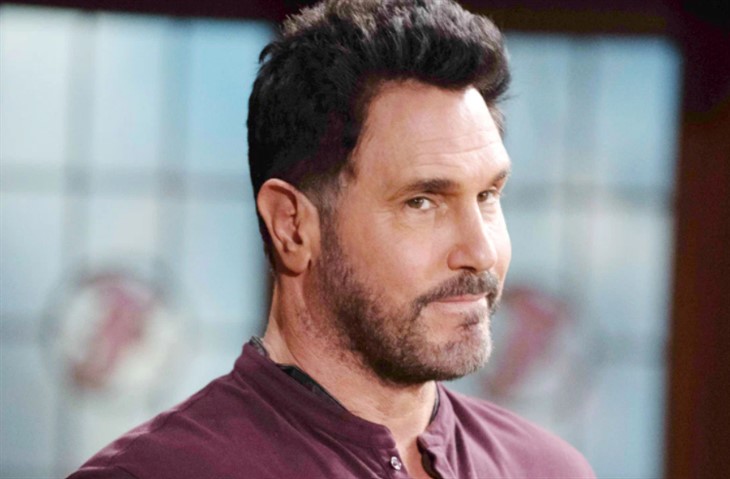 The Bold and the Beautiful (B&B) spoilers for Friday, April 23, 2021, reveal Liam continuing to spiral out of control and Bill continuing to beg his hapless son to keep calm.

Liam (Scott Clifton) is not coping very well after he took his eyes off the road and hit Vinny (Joe LoCicero) with his car and who can blame him? To make matters worse, Bill’s (Don Diamont’s) first instinct was to cover everything up and get them in even more trouble. After all, it was an accident, right? And accidents shouldn’t have to lead to coverups.

As Liam heads more towards the edge and more toward fessing up, Bill has to swoop in at the last minute and stop him. He can’t have the law interfering with his life when he is this close to winning Katie (Heather Tom) back. Liam better keeps his mouth shut for his own sake and for his father’s sake.

Bill says he did it all for Liam’s sake and maybe, at first, he did. But now Dollar Bill is in deep and has to make sure Liam doesn’t lead them both straight into the slammer. Knowing Liam, he could very well do just that.

The Bold And The Beautiful Spoilers – The Cops Are Closing In

The obvious suspect in this hit-and-run would be Thomas (Matthew Atkinson). He has a history of bad deeds that follows him everywhere and he was also furious at Vinny for switching the DNA tests. However, someone else had just as good a reason to be furious at Vinny and that’s Liam. After all, the fake DNA results were the last straw and caused Hope to throw Liam out of their home.

As Lieutenant Baker (Dan Martin) continues to investigate, he develops a theory on what really happened to Vinny. Did Liam run him down on purpose? Did Thomas? Or was he already hurt before the accident, which could throw a whole new layer into this story? Perhaps it was a drug deal gone wrong. Does Liam have to worry he really killed Vinny? Maybe not. But, he does have to worry about trying to cover the accident up. Stay tuned to The Bold and the Beautiful weekdays to see how these plots play out.