The Bold And The Beautiful (B&B) Spoilers Tuesday, May 11: Zoe Gets The Shock Of Her Life 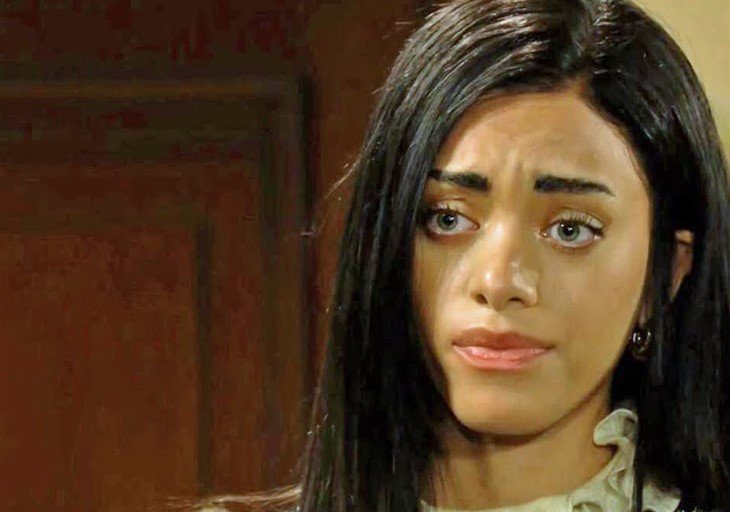 The Bold and the Beautiful (B&B) spoilers for Tuesday, May 11, 2021, reveal Zoe’s plans for Carter going very much awry.

Zoe (Kiara Barnes) is still sure she can somehow win back Carter (Lawrence Saint-Victor). After all, what she did with Zende (Delon De Metz) wasn’t all that bad and there’s no reason he shouldn’t forgive her, so she pulls out all the stops because there’s no way Carter found someone else, right?

Well, wrong. Zoe walks in on Quinn (Rena Sofer) and Carter. She can see there’s another woman in the bed, but it’s dark so she can’t make out who that woman is. It wouldn’t be a soap if Zoe learned the truth this fast, so it looks like Quinn hides under the covers as Carter chases after a devastated Zoe to try and explain things.

Will Carter tell Zoe the truth when she wants to know who he’s with? If he refuses, will this give Zoe the impetus to keep fighting and not give up? After all, Zoe has never been one to give up so why should we expect it this time? She arrived in LA chasing after a man who didn’t want her anymore. She even still expects Quinn to help her despite Brooke’s (Katherine Kelly Lang) and Ridge’s (Thorsten Kaye) warnings.

Meanwhile, Carter and Quinn really can’t stay away from one another and begin a full-fledged office affair. Who needs an apartment and a bed when you have Forrester Creations, home of many office affairs throughout the years, and people doing the deed wherever they can find a place.

Quinn and Carter don’t seem to worry about anyone coming in and catching them or they’re just not thinking. Enough Forresters work in this place that everything they have been doing is bound to come out. And Logan women work there. These women especially hate Quinn so she’s playing with fire by continuing to carry on with Carter practically out in the open. Who will catch them first? Donna (Jennifer Gareis), Brooke, or Eric (John McCook)? Stay tuned to The Bold and the Beautiful weekdays to see how this all plays out.