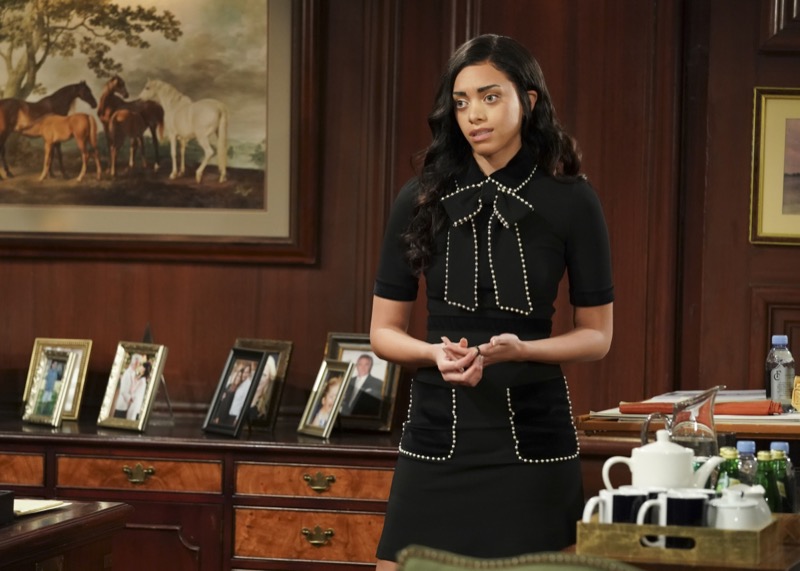 The Bold And The Beautiful Spoilers – Zoe Buckingham’s 180

B&B spoilers reveal that Zoe was turning into a naughty girl and blamed all of her problems on Paris. Even though Zoe was the one that betrayed Carter, she put the blame on her sister. Recently, Quinn inserted herself into Zoe’s orbit and tried to give her ideas on how to make Paris suffer. Zoe did it but didn’t like the way it felt. Suddenly, she now wants to have a real relationship with her sister and supports Paris and Zende Forrester (Delon de Metz). Is she really serious or is this another scheme?

Quinn has gone to Carter to try and encourage him to give Zoe another chance. Just like viewers are questioning Quinn, so did Carter. The manipulator insisted that she isn’t necessarily a fan of Zoe but is a fan of second chances. It doesn’t look like Quinn convinces Carter to reconcile with his former fiancee, though.

The Bold And The Beautiful Spoilers – Forrester Men Convinced Of Sincerity

The Bold and the Beautiful spoilers reveal that Zoe begged Eric and Ridge that she just wants a future with Carter. They grilled her in the beginning, but by the time Zoe left, they were convinced. In fact, McCook told Soap Opera Digest that Eric and Ridge are starting to believe that Zoe is sincere.

“Zoe comes in and she is pleading her case with Carter to Eric and Ridge, and she makes an effort to get them to intervene on her behalf. She’s really desperate now, going to her employers to talk about these things — but they are starting to see that she’s really sincere about that.”

Even though Paris isn’t completely convinced that Zoe is genuine in her sudden turnaround, she does want things to be better. So, she steps up and has a little chat with Carter. She encourages him to give Zoe another chance. Due to Paris being the moral compass of the show right now, Carter believes her. In his mind, if Zoe of all people is telling him to take back Zoe, then maybe he should give her another chance. However, will Zoe really treat Carter the way he deserves to be treated? We will have to keep watching the CBS soap to find out.