The Bold And The Beautiful (B&B) Spoilers: Hope Shares Life Changing News With Liam, But Will He Believe Her? 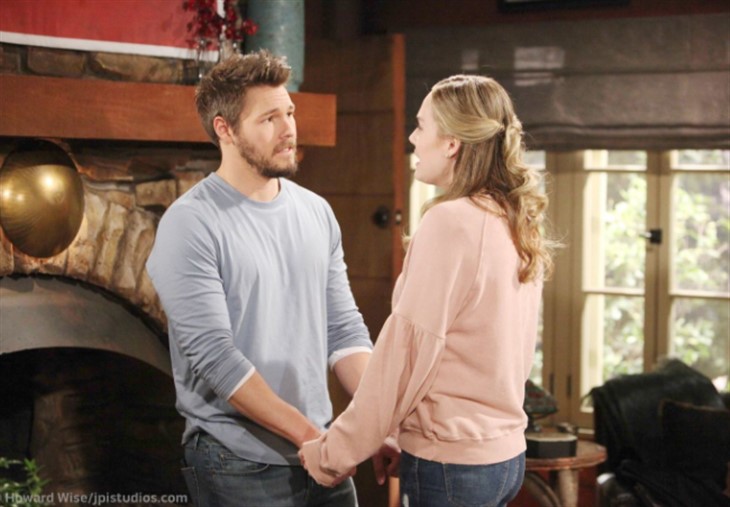 Viewers of The Bold and The Beautiful will remember that Thomas Forrester (Matthew Atkinson) delivered the good news in person to Hope. Vinny Walker (Joe LoCicero) had altered the paternity test as a “favor” to Thomas, who he assumed would want to take advantage of the situation to get Hope back, but Thomas has changed. He and Dr. John “Finn” Finnegan (Tanner Novlan) scared the confession out of him, and Thomas immediately went to tell Hope, while Vinny ran away like a coward and Finn ran after Steffy to try to keep her from leaving and going to Paris, after a short conversation with Ridge Forrester (Thorsten Kaye) who spilled the beans!

Hope was relieved, but the good news still will not solve all the problems in her marriage to Liam. There is the matter of Liam not trusting Hope that she would be faithful to him, combined with his immediate trip over to Steffy’s after he mistook the Hope mannequin for the real Hope that night! His not having a second child with Steffy, combined with Finn’s strict boundaries for visitation with Kelly Spencer (Colette and Avalon Gray) might keep Liam away from Steffy’s house more, but it won’t change the reasons why he went over and slept with her that night in the first place! Hope wonders if Liam will even believe what she tells him without proof on paper, which she would have to see if Finn or Steffy could get for her! She really doesn’t want to have to ask, however.

In all honesty, Liam probably will demand proof of Hope’s story, especially if she tells him Thomas told her. Even though it should make no sense for Thomas to tell her that the baby is Finn’s if Thomas is trying to get back with Hope, he will still be suspicious. Even though Liam says he wants to work things out with Hope, there is still that insistence that he keeps his freedoms of going to Steffy’s house any time he pleases, retaining a key to the house, and easy access. He says it’s about Kelly but neither Hope nor Finn believes that!

The Bold And The Beautiful Spoilers: Steffy Makes Major Move To Prove Her Love, Time To Move On With Finnhttps://t.co/KVavwEYNqc

If there is to be an emergency access to Steffy’s house, Finn will probably give a key to either Ridge or perhaps Hope. He would still have to discuss that with Steffy. More than likely her father would be a better choice than Hope, because Steffy and Hope still have some things to work out with each other, and right now discussing those arrangements might be stressful. Steffy has to avoid stress because of the baby. Hope will not like it that Liam doesn’t believe her, and wants proof on paper. He wants a new printout or else a new test done! Finn is ready, willing and able to get one but again, Steffy doesn’t need the stress and Finn has to find out if Vinny altered the test itself or just the printout! Either way, Hope is not convinced that Liam really loves her and wants to work things out when he won’t believe what she tells him!