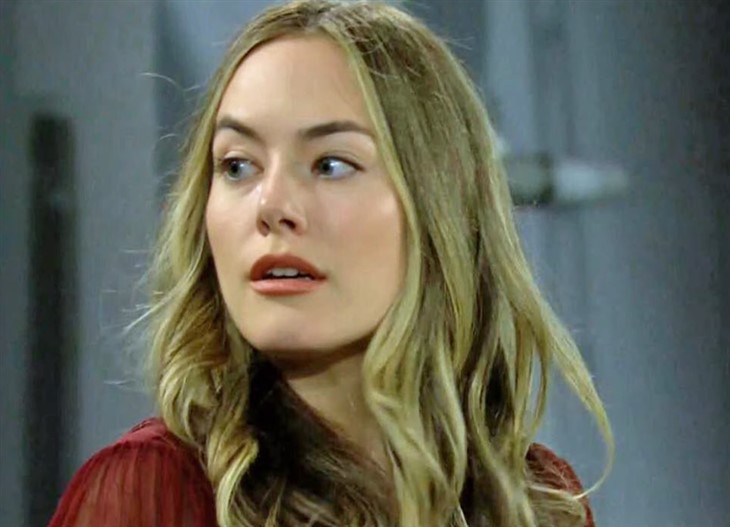 Hope’s breakthrough advances the plot significantly, which signals the imminent end of Thomas’ peril and her husband’s time behind bars. Vincent Walker (Joe LoCicero) won’t get what he wanted, with his otherworldly existence possibly realizing that those foolish efforts were in vain.

The above is the good news. But fans of Bill Spencer (Don Diamont) and yes they are out there, are wondering what his fate will be?

Thomas knew that Vinny was off-center, but never imagined that he’d misreport the results of Steffy Forrester’s (Jacqueline MacInnes Wood) paternity test. That effort to help Thomas blew up in Vinny’s face at the hospital lab, which caused him to literally run out the door.

Vinny followed the above by being arrested and then released on bail at a later point in the plot. The scheme to frame Liam Spencer (Scott Clifton) was concocted and then executed on Mulholland Drive.

Having Thomas receive the video text confession served to advance Atkinson’s character. In the past Thomas would have held that information to make Liam suffer. Instead, he knew that Clifton’s character and even Bill didn’t deserve to be punished for what Vinny did.

Liam’s bravado is projected in warmer tones, as compared to his father’s incessant bark. But both men have extra healthy egos and believe they are right much of the time.

The only soft spots Liam and Bill have are for the women they love and their children. In terms of Liam, he’s had plenty of time for serious self-reflection.

The difference between being separated from Hope, per her request, and being unable to be with her, while he was wearing the prison garb, is as vast as the Pacific Ocean that can be seen from the cliff house. That would be the view Liam had on the various occasions when he left Hope and went back to Steffy.

Vinny intended to make it look like Liam hit and killed him on purpose. LoCicero’s character told Thomas in the texted video that he was tracking Liam on that fated night. But Vinny didn’t say that he wanted to frame Bill.

Diamont’s character created a needless cover-up that had nothing to do with Vinny’s frame. Deputy Chief Bradley Baker (Dan Martin) can’t let Bill off with a slap on the soapy wrist. Plus, the District Attorney needs to weigh in.

Bill is in a different position that Liam and deserves some form of strong punishment. Whether that is in the form of extended time behind bars or via strict probation with heavy community service will soon be seen on B&B.