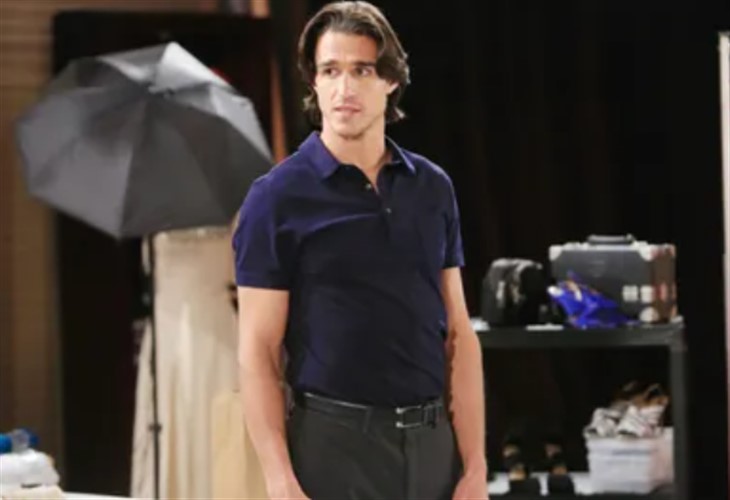 The Bold and the Beautiful (B&B) spoilers and rumors indicate that Vinny Walker (Joe LoCicero) may have played a part in a paternity test switch.

The news has caused chaos for the group with Steffy trying to save her relationship with Finn, and Liam’s marriage to Hope Logan (Annika Noelle) on the brink of divorce in the latest B&B episodes.

The Bold And The Beautiful Spoilers: Thomas Has A New Mission – Will Vinny Get In The Way

Speculation is that there may have been a switch with the results, and B&B fans have a pretty good guess at who’s responsible.

All signs currently point to Vinny as being the one who switched Steffy’s test results on The Bold and the Beautiful.  During a conversation with his friend Thomas Forrester (Matthew Atkinson), Vinny hinted that if the baby was Liam’s that would mean the end of his marriage to Hope.

Between his conversation with Thomas and his new job, it seems obvious Vinny is the one who tampered with the results.  Vinny knows how much Thomas loves Hope. Although, Hope and Liam’s marriage is in trouble, Thomas is keeping his distance. He’ll always have feelings for her, yet he knows they’ll never be together.

Yet, as Vinny pointed out with Liam out of the picture, Thomas will have a shot with Hope.  So he’s decided to give Thomas and Hope’s relationship a boost in the right direction.  By making it look like Liam’s the father of Steffy’s baby, this will spell the end for him and Hope, leaving Bold and Beautiful’s Thomas free to be with her.

B&B Spoilers Updates – Could Someone Else Have Switched The Results?

Although, it seems obvious Vinny is the culprit, as with any soap, fans have come to expect the unexpected.  The show is hinting that Vinny’s responsible for the test switcheroo, but one shouldn’t rule out a plot twist.  Odds are there could have been a simple mix up at the lab with no one at fault.

B&B went this route years ago with the triangle between Brooke Logan (Katherine Kelly Lang), Ridge Forrester (Thorsten Kaye), and Nick Marone (Jack Wagner). Original results showed Nick as the father, until Brooke’s doctor learned there was a mix up at the lab.  So it’s possible B&B could go in this direction with Steffy’s story.  Also, you can’t rule out the possibility of other suspects, someone you least expect.

The Bold And The Beautiful Spoilers – Finn’s Really The Dad

No matter how the results got switched, it’s creating a lot of drama between both couples.  B&B fans have been up in arms since the storyline started.  But the payoff will be worth it when it’s revealed the baby is actually Finn’s and not Liam’s.  However, along with the truth, comes more turmoil for other Bold and the Beautiful characters.

Do you think Vinny is the culprit on B&B?  Let us know in the comments below and check back here for more The Bold and the Beautiful spoilers, recaps, and soap opera news.