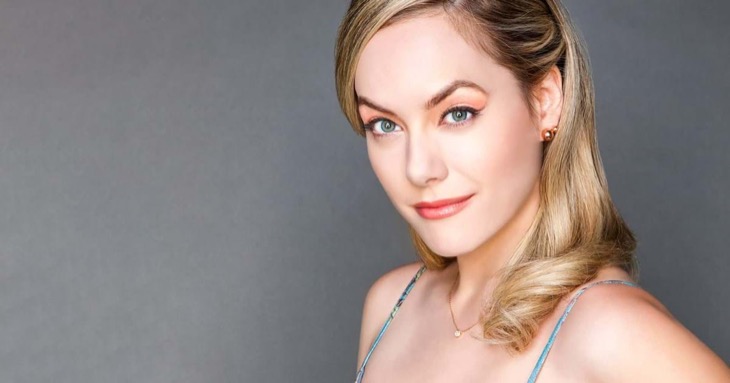 The Bold and the Beautiful (B&B) spoilers reveal that Liam Spencer (Scott Clifton) finally told Hope Logan the truth, including the part about Steffy Forrester’s (Jacqueline MacInnes Wood) pregnancy. Actress Annika Noelle has opened up about the storyline. Hope thought she, Liam and Steffy were a big, extended happy family. She confirmed this changes all of that.

The Bold And The Beautiful Spoilers – Big, Extended Happy Family

B&B spoilers reveal that there is a long and complicated history between Liam, Hope and Steffy. While Steffy was civil with Liam’s current wife, Hope actually believed they were friends and all three of them were just a big, happy extended family. Now that Hope knows the truth about Liam sleeping with his ex, Hope’s perspective on everything will change forever.

According to the new issue of Soap Opera Digest, Noelle explains that Hope thought that her marriage was healthy, happy and solid. After the trauma of “PhoeBeth,” she was finally confident and happy again. To learn that everything she thought was a lie is just a punch to her gut. The actress also says that she had let her guard down when it came to her marriage and now to find this out is mind-boggling to her.

“It’s mind-boggling. Hope doesn’t understand what led him to this, and how he let his insecurities get the better of him. This stings and it really hurts. Hope was finally at peace in their marriage and let her guard down. She was not expecting this.”

The Bold And The Beautiful Spoilers – So Much Confusion

The Bold and the Beautiful spoilers reveal that the last thing Liam tells his wife is that Steffy is pregnant and doesn’t know who the father is. Noelle feels that Steffy’s pregnancy should have been the first thing that Liam told his wife. In any case, the actress says that Hope is so confused about this entire situation. She thought that Steffy was happy with John “Finn” Finnegan (Tanner Novlan), so she doesn’t understand why “Steam” would sleep together.

As far as what happens in the future, Hope thought that she had a big happy family that included Liam, Steffy and the children. However, the actress says now that this new information is out, that isn’t the case anymore. Everything is going to change now and nothing will ever be the same again.

“… as far as Hope was concerned, she thought they were at a good place. Everyone was getting along like a big happy family… this certainly is going to change all that!”

What do you think Hope is going to decide about her marriage now that the truth is out? Is there any possibility of Liam and Hope overcoming this? Or is the relationship over for good? We will have to keep watching the CBS soap to see how this story develops.

Days Of Our Lives (DOOL) Spoilers: ‘Abigail’s Life Is Something It’s Totally Not,’ Marci Miller Teases

The Young And The Restless Spoilers: Plane Ride From Hell Makes Billy Confess He Slept With Summer To Lily