Days Of Our Lives (DOOL) Spoilers: ‘Abigail’s Life Is Something It’s Totally Not,’ Marci Miller Teases 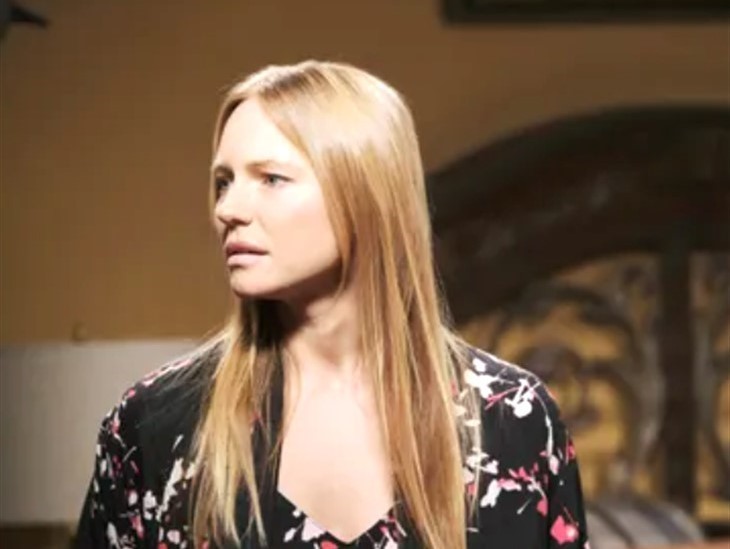 Days of Our Lives (DOOL) spoilers reveal that Abigail DiMera is going to find out a lot of bombshells. One she already discovered about Gwen Rizczech (Emily O’Brien) and next week, she finds out something else. Actress Marci Miller explains that Abigail realizes that her life “is something it’s totally not.” Keep reading to find out more about what is coming up with this storyline.

DOOL spoilers reveal that Abigail just found out that Gwen isn’t the person that she thought she was. She has believed that Gwen is her friend and a loving nanny to her two children. However, that was all just a ruse while Gwen schemed to destroy Abigail’s life. Once she finds out the truth, Abigail kicks out Gwen. However, Abigail is going to realize that there are more shockers coming.

After kicking out Gwen, she has no idea that Chad DiMera (Billy Flynn) made a deal with the nasty nanny. Meanwhile, Abigail has a chat with Jack Deveraux (Matthew Ashford) and tells him what happened. He has news of his own to share with Abigail. Together, Abigail, Jack and Jennifer Horton (Cady McClain) compare notes about Gwen. They realize that this person is much worse than they feared.

Days of Our Lives spoilers reveal that Abigail stomps home to fill in Chad and to do damage control. However, she is stopped by Gwen, who has something to tell her. While that conversation is getting started, Chad tells Kate Roberts DiMera (Lauren Koslow) about sleeping with Gwen and the deal he made. Kate urges him to tell Abigail before Kate does, so he plans on doing just that. However, he is too late and he walks in just as Abigail is exploding with rage.

Miller tells Soap Opera Digest of her character that this whole situation makes Abigail feel like her life is something it’s not. She compares it to someone thinking that the sky is blue their entire lives, then to be told it’s really a completely different color. She also teases that there could be even more bombshells coming.

Everyone will try to fit together the puzzle pieces when it comes to Gwen. Each person has a few different pieces, but there are some that are still missing to complete the picture. When they finally get those last pieces, what will it reveal? How damaging is Gwen’s hatred and does she have a reason to be so furious with the Deveraux family? We will have to keep watching to find out how this story develops over the next few weeks.