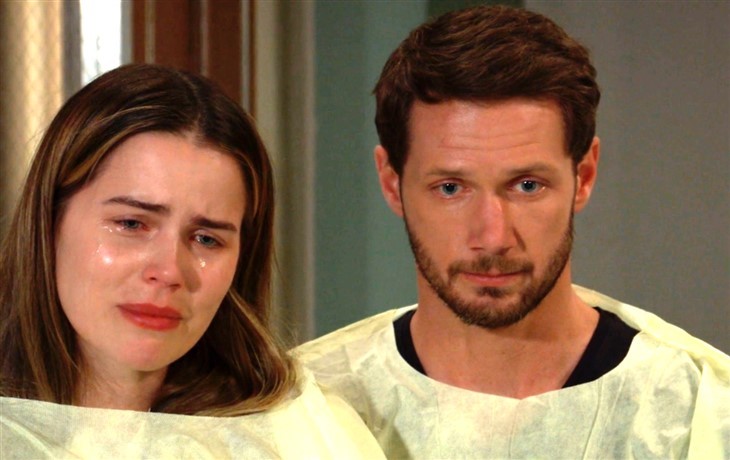 General Hospital’s Sasha Gilmore (Sofia Matteson) has just been through one of the hardest times in her life. Sasha recently gave birth to a baby boy who has since died and she is very distraught. Will Sasha slip back into drugs to deal with her son’s death?

General Hospital’s Cyrus Renault (Jeff Kober) hates to lose. Cyrus was quiet taken with Sasha from the moment he met her and he proceeded to feed her drugs. Unfortunately, the last time Sasha decided to use drugs, she had a heart attack and almost died because of Cyrus. Brando Corbin (Johnny Wactor) saved Sasha and the two became close. Cyrus has never gotten over this lose and would go after Sasha again in a heartbeat.

Cyrus wanted Sasha dead before but Brando saved her life. Will Cyrus see that Sasha is lured back into the drugs that almost took her life. Does Sasha feel like she needs drugs to get over losing her son?

General Hospital’s Sasha has gone through what no woman ever should. Sasha’s doctor was unavaible when she first started having problems and her son died because she had placenta previa. However, Sasha was also locked in a room at the Jerome gallery thanks to Esme Prince (Avery Kristen Pohl).

Could Sasha’s baby have been saved if she wasn’t locked in that room? Sasha is no doubt going to blame herself for the lose of her son and may simply want to forget. Unfortunately, this is going to make her a prime candidate for a relapse as well. Will Cyrus take this advantage to get rid of Sasha?

General Hospital spoilers show Sasha knows that her baby would not want her to put her life at risk because of his death. Liam would want his mother to go on with her career and have other children someday. However, knowing this in her head and communicating it to her heart may not be so easy.

Unfortunately, the heartbreak of losing a child is enough to send any mother back to a vice that has saved her before. Now that Sasha’s son is gone, will she relapse trying to cope with his death instead of leaning on her friends that have become her family?

Sasha may want to throw herself into her work to cope with the lose of her child. If this happens, Sasha is even more likely to relapse because of it. Should Sasha simply walk away from Deception before she is pulled back into drugs? Perhaps Sasha needs a new start away from Port Charles and those temptations.

DOOL Spoilers: Chanel And Johnny Return As Husband And Wife

General Hospital Spoilers: Michael’s Worrisome News-Dex Has Been Made?