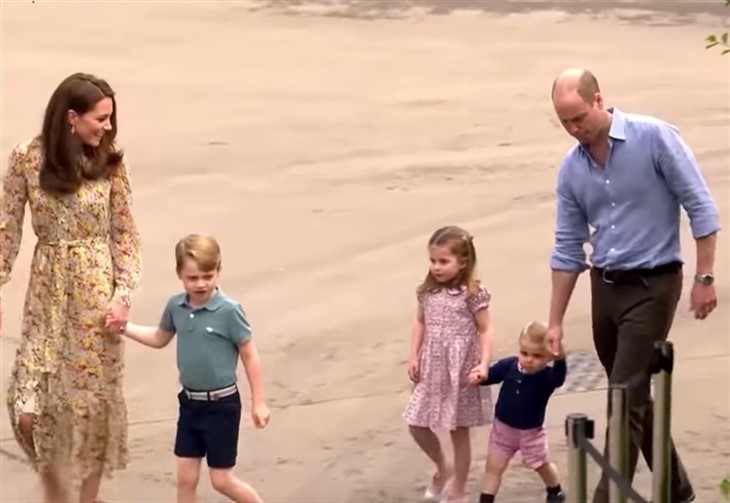 British royal family news reveals the good news that the Cambridge family now have an adorable addition to their home, an eight-month-old black cocker spaniel. The pup was a gift from Kate Middleton’s brother James Middleton.

Back in November the family announced that their beloved dog Lupo had passed, and it is understood that their new dog was introduced before Lupo died.

An insider told The Mail on Sunday that, “The new puppy is adorable and the whole family are besotted.”

Royal Family News – The Cambridge Family Has a New Member

They added that the family was devastated by the loss of Lupo and the new puppy arrived before he died. “It was hoped that a younger dog would give Lupo some company and give him a little more life and energy.” In fact, Lupo was the new puppy’s uncle!

In 2011 James bred a litter of puppies from his dog Ella. He kept one he named Luna and gave Luna’s brother Lupo to Kate in 2012. At that time Prince William was an RAF search-and-rescue pilot and the still-childless couple were living in the Falklands.

James bred another litter of six puppies, with Luna as their mother, this summer. It has been reported that he gave Kate and William the pick of the litter. The new pet’s name has not been announced.

When the litter was born, James and his fiancée Alizee Thevenet posted absolutely adorable pictures on Instagram of themselves with the litter as well as his other spaniels Ella, Inca, Luna and Zulu, and his golden retriever Mabel.

He wrote at the time, “I am sad to see you go, and yes I might cry, but it will be with happiness as each of your new homes are bursting with love. You might be scared at first, that’s ok. Just be yourself and you will never understand how much happiness you will bring to your new families and the people you meet. Make me proud and remember to write.”

James has talked about how his dogs have helped him his mental health saying, “To think a dog will cure your mental health is misguided, [but] they can be a fantastic companion.”

Lupo was often seen in the Cambridge’s family photos. In 2013 William declared, “Catherine and now little George are my priorities,” then added “and Lupo.”