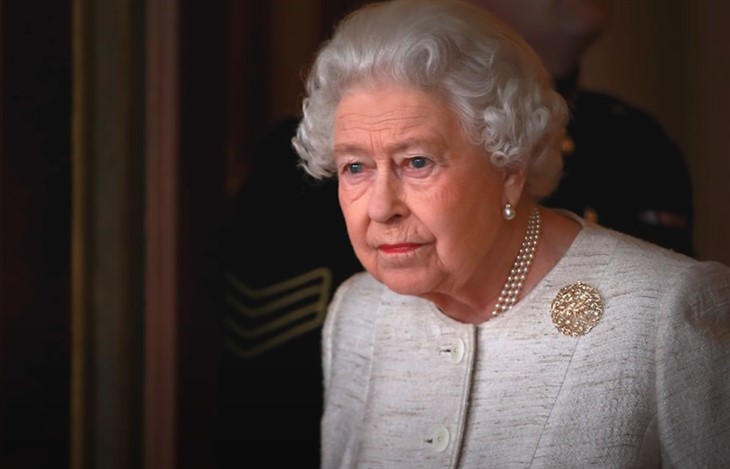 British royal family news reveals that experts are speculating on the details surrounding the christening for Prince Harry and Meghan Markle’s daughter Lilibet. Despite Harry’s demand that Queen Elizabeth be present for the event, royals sources think that the actual ceremony could be very “private” just like Meghan’s recent 40th birthday. That much ballyhooed event was said to involve party planning by no less than Oprah Winfrey’s party guy, but in the end it was just Meghan releasing a lonely video of herself on the big day, asking for donations.

Prince Harry made it known in the days following his daughter’s birth in June that he expected his grandmother to be present at the christening. Well, if wishes were horses ….

Now royal sources think that in reality he and Meghan Markle will have to settle for a “private” ceremony, one devoid of real royalty and Hollywood royalty. Where have all the Markle’s A-list friends gone? Remember the days when Oprah, George, and the Obama’s were thrilled to be associated with them?

Not only was Meghan left all alone on her birthday, sources claim that she was denied an invite to Barack Obama’s blowout birthday bash which was also last month.

Royal Family News – Why Are The Markle’s All Alone?

The couple’s first child, son Archie, was christened at 2 months of age. Lilibet will be that age this month and some royal commentators think her christening is on the horizon.

Roberta Fiorito and Rachel Bowie, hosts of the Royally Obsessed podcast, predicted that the christening of Lilibet will not be the extravagant high profile affair her parents boasted about.

They think that, “it doesn’t seem likely,” that Harry and Meghan will fly back to the UK, where Elizabeth resides and rules.

Royal Family News – Queen Elizabeth Has Lawyered Up Against Harry

Rachel said, “I remember the christening photos for Archie and how beautiful they were and how the family was all together. I would love it, but I’m so curious how you execute these things in Covid times.”

Roberta said, “It could be private. And I feel like Harry and Meghan did set the precedent for private even before Covid with Archie’s christening. They released the photos they wanted released and they didn’t really let the press there. So we’ll see if other Royals follow that or not.”

What we do know is that Harry and Meghan have not stood down one inch in their war of words against his grandmother, the monarchy and the rest of the royal family. Things have gotten so ugly that royal experts now claim that the queen has, “lawyered up,” against her verbally vicious grandson.