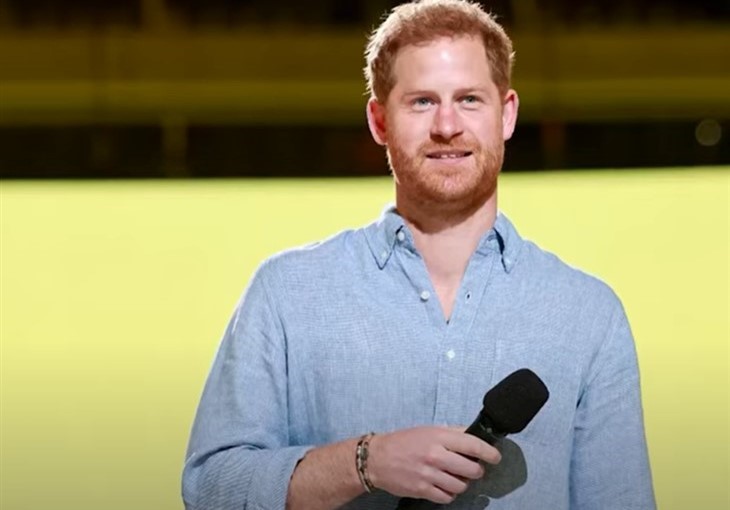 British royal family news reveals that Prince Harry appeared on a recent episode of Dax Shepard’s Armchair Expert podcast and complained about his privileged, entitled life. The Hollywood life he made lots of noise about forging after rejecting the monarchy.

Both men chattered about the struggles they have from being in the limelight and Harry moaned he gets, “vile, toxic abuse” from online trolls.

Some would use the exact words, “vile, toxic abuse” to describe the verbal abuse he dished out to his own family members when he threw them under the bus in vulgar March tell-all with Oprah Winfrey.

First Shepard compared his life to The Truman Show, a 1998 Jim Carey film about a man who is unaware he is being watched by millions of people as his life is filmed for a reality TV program.

According to Harry, he can totally relate. According to him his Cali millionaire life, “it’s a mix between The Truman Show and living in a zoo.” Remember this is the life he chose, one of “financial freedom” in a stunning snub to his family called Megxit.

Poor Harry whined, “the biggest issue for me was that being born into it you inherit the risk, you inherit every element of it without choice.”

The prince, who has rudely inserted himself into American politics, participated in a dirty tell-all and filmed himself parading around the COVID-restricted streets of LA with a talk show host said he suffers from, “vile, toxic abuse” online.

Nonetheless, beneficent Harry claimed he tries to have “compassion” for social media trolls.

According to armchair psychiatrist Harry, trolling is a “form of the project” which derives from “unresolved pain,” but scolded that it can be, “really hard when you’re on the receiving end,” of such pain.

Harry was not done extolling the virtues of his compassionate wokeness. He nattered on, “When it comes to trolling on social media, the best way I look at it is like, ok, take a moment, be aware of what. “The reality is, flip it and say: ‘What happened to you? What made you want to come at me like that when clearly we’ve never met and you don’t know me? ‘Like, what’s your goal? What are you actually doing? I know it might make you feel better in the moment but long-term it’s not going to help.'”