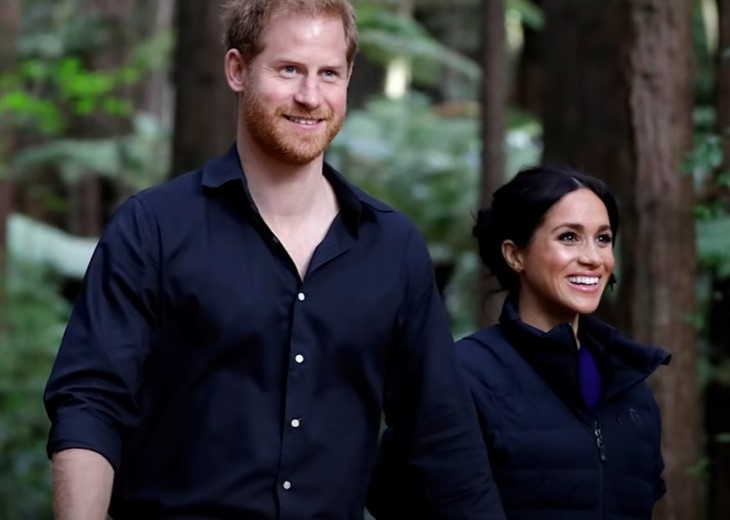 British royal family news reveals that Prince Harry, Duke of Sussex and Meghan Markle may be shut out of the royal family for good after the stunt they pulled with Oprah Winfrey. According to one royal expert, the couple’s rip-roaring whine-fest could have already come back to bite them.

For some reason, they seemed to think that airing the family’s laundry on tv would earn them a big fat apology—which they are still waiting for. Apparently, they miscalculated how their stinkfest would affect them, a grave mistake when dealing with an institution that has weathered many storms and is much, much bigger than they can ever hope to be despite their voracious aspirations.

According to royal watcher Angela Levin, Harry, and Meghan, aka the Duke and Duchess of Sussex, risk being “ditched” from the royal family. Such a move would come under the guise of a cost-cutting measure but make no mistake about it, they did themselves in.

Levin wrote the book, Harry: A Biography of a Prince, and she recently talked about her opinion of the Sussexes.

She told Britain’s TalkRadio, “Prince Charles has wanted for a very long time to cut the monarchy down to save costs and to make people be worth the money that they got from the taxpayer.”

“I imagine that might be when Harry and Meghan are ditched from being members of the royal family.”

Royal Family News – Will Meghan Markle And Prince Harry Be Ditched From The Royal Family?

She explained her insider view is that Queen Elizabeth has been resistant to trimming back the hangers-on on the “outer edge” of the monarchy “for sentimental reasons.”

But Harry’s dad is the heir to the throne and he has made it abundantly clear that he, “wants to change and I think he will do that.”

She thinks that in the near future the working Royal Family will be just Charles and wife Camilla, as well as Prince William and his family, wife Catherine and their children, George, Louis, and Charlotte.

Royal Family News: Prince Charles Has Frozen Out Prince Harry From The Firmhttps://t.co/9PKCDO8lUh

Royal Family News – Will The Cambridge Family Make The Cut?

The author also thinks that the other royals will not be entirely excised but rather be made to work for their money! In her opinion, other royals will need to take on paid work to support themselves instead of relying on taxpayers to fund their lavish lifestyles.