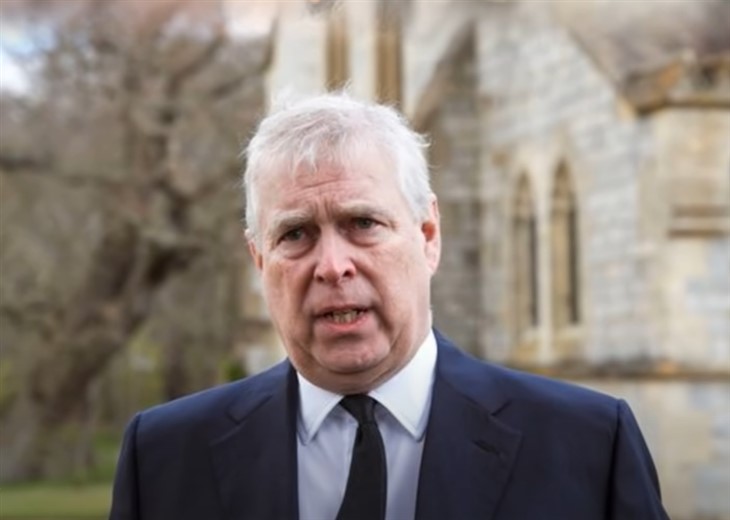 British royal family news reveals that Prince Andrew, Duke of York is making his devastated mom’s life more distressed by forcing the Queen to decide which military uniform he can wear to his father’s funeral.

Prince Andrew recently dropped out of public duties due to questions about his connection to dead convicted pedophile Jeffrey Epstein.

He was made an honorary Vice-Admiral in the Royal Navy in 2015 and he was to be promoted to Admiral on his 60th birthday last year, but it was deferred until he cleared his name and returned to public duties.

Apparently the prince is kicking up a ruckus at Buckingham Palace after he reportedly told his mother and senior officials that he wanted to wear an Admiral’s uniform to the funeral. The widowed Queen reportedly has 24 hours to make a decision.

On top of that there is the problem of ex-working royal Prince Harry who could be the sole senior male royal not in uniform.

Andrew joined the Royal Navy in 1979 as a Seaman Officer and retired in 2001. Currently he is a Vice-Admiral.

An Admiral ceremonial day coat has three rows of lace on the sleeve, and the Vice-Admiral’s has just two rows. The Admiral’s shoulder rank board has a crossed baton and sword with four stars, but the Vice-Admiral uniform boasts just three stars.

It has not been announced what uniforms the senior royals will wear on Saturday but at the Queen Mother’s funeral in 2002, Prince Charles wore a Rear Admiral dress uniform while Prince Andrew wore a Royal Naval Commander uniform, and Princess Anne wore an honorary Rear Admiral dress.

All three senior royals have honorary military titles as does Prince William. Thus they are all allowed to wear military uniform on Saturday. In May 2018 William wore a Blues and Royals uniform to Harry’s wedding.

Royal Family News – Who Will Wear What On Saturday?

After quitting royal duties Harry was stripped of his military titles. Because he is a former Captain with the Household Cavalry Harry may wear a morning suit with medals. A source said any final decision on what uniforms are worn would rest with the Queen.

Andrew stepped down from public duties in November 2019 after doing a BBC interview in which he sought to set the record straight and clear his name. Instead, the interview was deemed so offensive that he stepped away from royal duty and has yet to return.