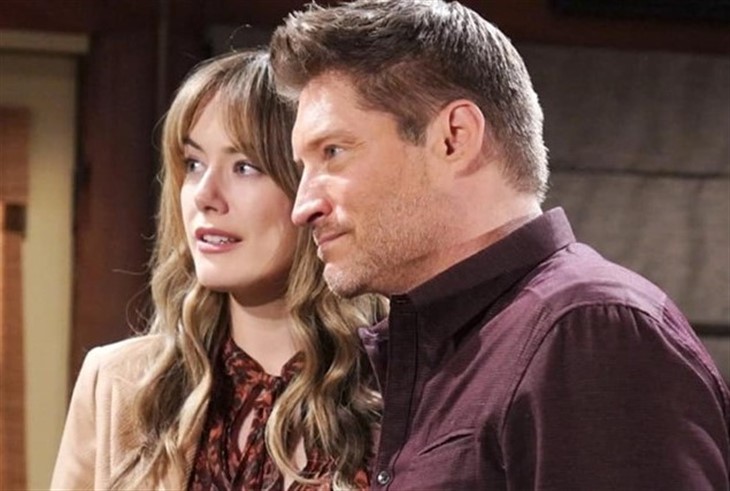 The Bold and the Beautiful (B&B) spoilers for Thursday, December 9, 2021, reveal Hope Logan Spencer and Deacon Sharpe growing closer than ever — and they want to bring Brooke in on it all.

The Bold And The Beautiful Spoilers – What Will Brooke Do Now?

Brooke Logan Forrester (Katherine Kelly Lang) has been feeling all the emotions of late as she doesn’t want her marriage to blow up in smoke but she can’t be as horrible to Deacon (Sean Kanan) as Ridge (Thorsten Kaye) wants her to be. After all, they share a daughter together and she did willingly have an affair with the man all those years ago to produce Hope. The feelings were there and sometimes some feelings never die.

Now, Ridge has told Hope (Annika Noelle) she has to move off his property if she wants her father around, but Hope doesn’t care. She has so much in common with Deacon and even wants Brooke to join them for some family fun. This might be the first time they have ever spent time together as parents and daughter since Hope was a baby. Will Brooke cave and agree to their invitation? If she does, what feelings will this stir up?

B&B Spoilers – Dollar Bill Has Some Advice To Give

Ridge is all in his feelings as well as he spends time with his own adult children, Steffy Forrester (Jacqueline MacInnes Wood) and Thomas Forrester (Matthew Atkinson). He laments his problems with Brooke and they sympathize with him as they never really liked Brooke to begin with. In fact, Brooke once threw Thomas over a cliff and nearly killed him, so that’s definitely a problem. As for Steffy, she was sick of competing with Brooke’s daughter for Liam Spencer all the time.

So, Steffy and Thomas decide to take a walk down memory lane with their dad and remind him of the good times they had as kids when Phoebe was still alive and he was married to their mom, Taylor Hayes. Ridge admits they sure were good times but they are over now and there is nothing he can do. Little do all three know who is about to arrive back in Los Angeles at just the right moment… Stay tuned to The Bold and the Beautiful weekdays to see how this story plays out.

Days Of Our Lives Spoilers: Sami’s Free…And Is About To Get The Shock Of Her Life