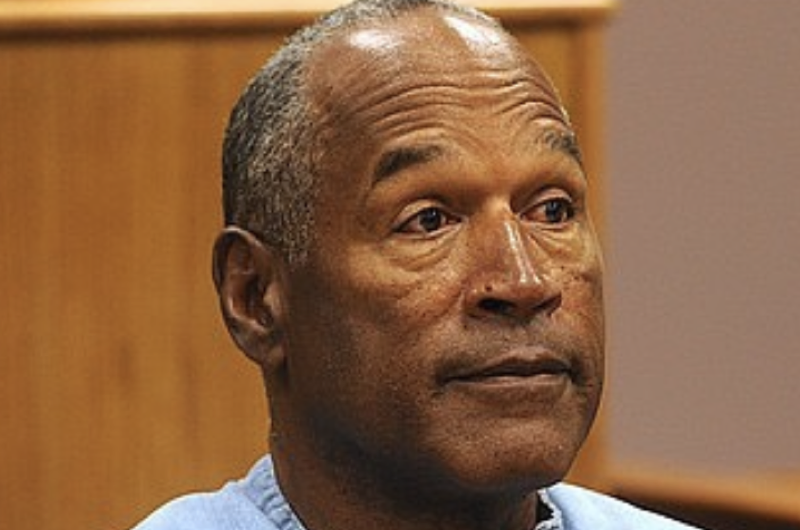 O.J. Simpson and Bruce Fromong were friends and Bruce was one of the few people who believed that his friend was not guilty of murdering his ex-wife Nicole Brown Simpson and her friend Ronald Goldman. In fact, even after he became a robbery victim of Simpson, he stuck to that belief. Now free of parole in Nevada, O.J’s a free man and Bruce feels happy that he now gets a taste of that freedom.

Most people know that the former football running back, broadcaster, actor, and advertising spokesman was tried and found not guilty of the murder of his ex-wife Nicole Brown Simpson and her friend Ronald Goldman. However, a civil case awarded millions in compensation to the Goldman family. Later, he relocated to Florida and much of his own sporting memorabilia went under the hammer to pay the compensation. Later, he ended up arrested, tried and found guilty of trying to steal it back.

O.J. Simpson went through the robbery trial between 2007–08. However, he previously faced charges of murder after he was accused of the murder of his ex and her friend on night of June 12, 1994, in Los Angeles. The recent trial of Josh Dugger paled to the point of non-existence in comparison to the public interest in it. Initially, he was acquitted of the murder, and outrage followed. Those who felt it was a racially profiled case against him celebrated. Meanwhile, those who practically tried him through what they heard in the media expressed outrage. .After that, he was arrested for robbing Bruce Fromong of sporting memorabilia.

O.J. Simpson, Bruce, And The Robbery

Bruce Fromong spoke with Vulture back in 2016, and told the outlet, “I might be one of the few white people in America that believes he’s innocent. People say, “how can you believe that?” Number one: I believe in our justice system. Number two: I tell people I wasn’t there. Number three: I see things that were presented in the case that make me have total doubt.” Well, despite everything, they remained friendly, even after Bruce became the victim of the robbery.

O.J. Simpson got off his parole for the robbery case this week, and now he’s completely free. So, TMZ reported on the reaction to that by Bruce Fromong. While he totally forgives O.J, the outlet noted that “the sister of his slain ex-wife, Nicole Brown Simpson, hopes Simpson is shunned by Hollywood types.”  Meanwhile, Bruce told the outlet that “they still do some memorabilia shows together and see each other on golf courses.”

The Robbery Took Place In Las Vegas in 2007

O.J. Simpson and a bunch of other guys went to the Palace Station hotel in Las Vegas. There, they robbed Bruce Fromong who told the court that they roke into his hotel room and stole memorabilia at gunpoint. The robbery nearly broke his business, and yet he still feels able to forgive him. What do you think about that? Sound off in the comments below.

Be sure to catch up on everything happening with top news stories right now. Come back here often for more trending news and updates.

Days Of Our Lives Spoilers: Belle Suspicious Someone Framed Brady!