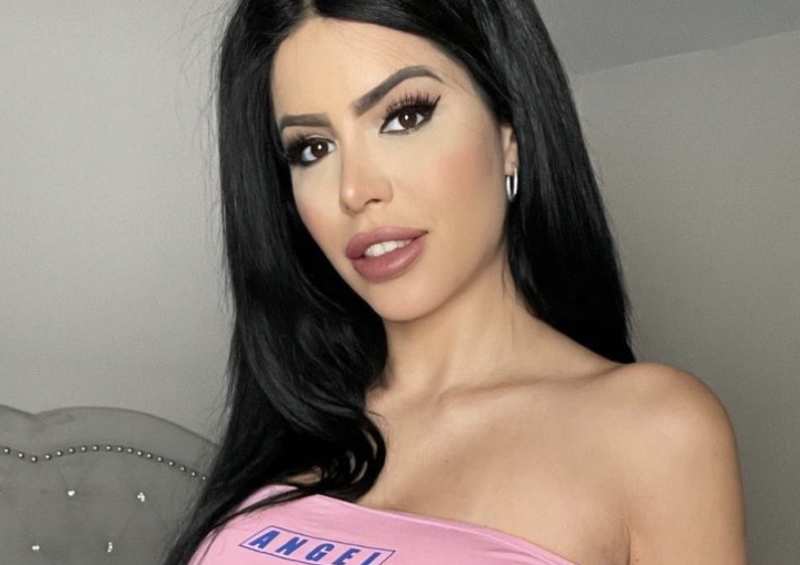 Many 90 Day Fiancé fans believe Larissa Lima Dos Santos had plastic surgery to look like the ladies of the Kardashian and Jenner clan. It is clear that she does idolize the beauties, especially after she got a reply on Instagram from Khloe Kardashian to a comment she made on a post. Her reaction to that response was, “I’m dead.”

While Lima is no longer part of the reality TV world, she does like to keep up with the news and often makes headlines herself since leaving TLC. However, Larissa was truly surprised to receive a reply on Instagram from Khloe Kardashian, where the fellow reality star called her a “queen.”

Fans will recall that Larissa was married to, and divorced fellow 90 Day Fiancé star, Colt Johnson and has since moved on with her new beau, Eric Nichols after a couple of roadblocks. In between, the Brazilian beauty suffered several ICE arrests. Larissa also had $72,000 worth of plastic surgery to reinvent herself and now, getting a nod of approval from Khloe is a good sign of her life in America.

The post by Khloe was captioned “Sister gang back and in full effect” and accompanied by an image of Kim Kardashian, Kourtney Kardashian, and half-sisters, Kendall Jenner and Kylie Jenner. The Keeping Up with the Kardashians star’s post gained plenty of likes and comments, Among them, Larissa wrote, “Kim queen of my life.” Khloe soon took note of the comment and responded, “queen!!!” Lima posted a screenshot of the comment by Khloe, with the caption, “I’m dead.”

Meanwhile, 90 Day Fiancé fans spotted Larissa’s comment on Khloe’s post and are wondering if the Kardashian clan know just who she is. One wrote, “Omg I’m dying Khloe knows who Larissa is?” Another fan wondered whether Khloe replied to Larissa as a fan, or a friend.

As fans of the TLC reality show know, stars like Chrissy Teigen love 90 Day Fiancé. In fact, Chrissy is now friends with fellow 90 Day Fiancé star, Angela Deem. So it isn’t too much of a stretch to believe the Kardashians and Jenners also watch the show. Whatever the case, Larissa is making friends in high places these days.

The Young And The Restless Spoilers Update Thursday, April 22: The Abbotts Against Ashland, Victor Shares A Secret