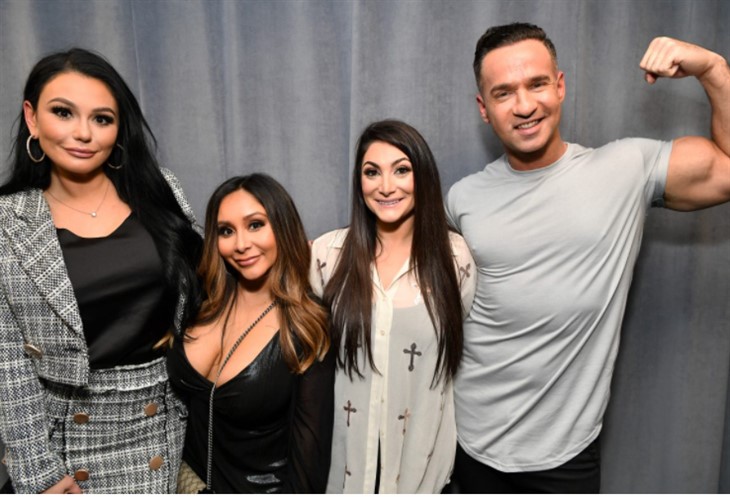 Many viewers and fans were bored to their marrows during the lockdown edition of the Jersey Shore Family Vacation. They’d hoped the pandemic didn’t put a hold on the show or any other thing but sadly, it did. Everything wasn’t normal after all, but we prayed the Covid-19 disappeared and life became normal at the snap of our fingers.

The Lockdown Affected The Fans

Fans missed the very most entertaining show that kept them glued to their screens. The suspense-filled months and boredom were unreasonable and unbearable. Moreover, they’d learned the hard way during the lockdown to part ways with their favorite dramas, Telenovelas, gossip, and hangout sections with celebrities.
Every second spent during the lockdown was supposed to be interesting for entertainment lovers, even more, for Jersey Shore lovers. However, that was never the case.

If you paid close attention to the supposedly concluded season, the last episode didn’t reveal much. Many people speculated that it was going to be the grand finale. But here is the good news!! The Shore’s are cooking up another storyline for a new season. It has been a long wait indeed but this time; the show is coming bigger and better.

What Is The Big News?

The latest news coming from the American reality TV series; Jersey Shore Family vacation is that it will be kicking off soonest. According to a report from TMZ, the new season of the reality show is presently ongoing in an undisclosed location. Without mincing words, fans are envisaging mind-blowing episodes in this season already. So, anticipating that intriguing part from the Shore’s is as sure as the dawn of the day.

The previous seasons came with lots of challenges for the Shore’s following the backlash surrounding Angelina Pivarnick’s wedding. As a result, Snooki quit the reality show before the fourth season started. The current season, no doubt, will come with its tough part but we pray they work through their differences and become a force to reckon with.

Will Snooki Return For The New Season?

No such information is known about this fact but she was seen earlier this week filming a scene at a New Jersey restaurant. Nobody is certain about her return; nonetheless, we will keep you posted when we have valid confirmations about her.

The Crews Were Having A Tough Time Too

For the production team, things were not going as easy as they planned a few weeks back. Finding that big space for the new season and considering an open space where the jerseys can ride without the fear of the Covid-19 was somewhat challenging. Fortunately, that was resolved -and everything is back to normal.

The New Location Was Revealed

At first, every piece of information for the new season was kept undertone by all housemates and other crew members, directly and indirectly, involved with the show. But the TMZ crew went sniffing around. Yes, they did bring us some mouthwatering news and it seemed to us that the hidden location could be closer to the old Jersey stomping grounds. What more? Web sleuths were not left behind as they put the pieces of puzzles together while comparing pictures posted by Mike and Lauren Sorrentino around the resort location.

Be sure to catch up on everything happening with Jersey Shore right now. Come back here often for Jersey Shore spoilers, news, and updates.