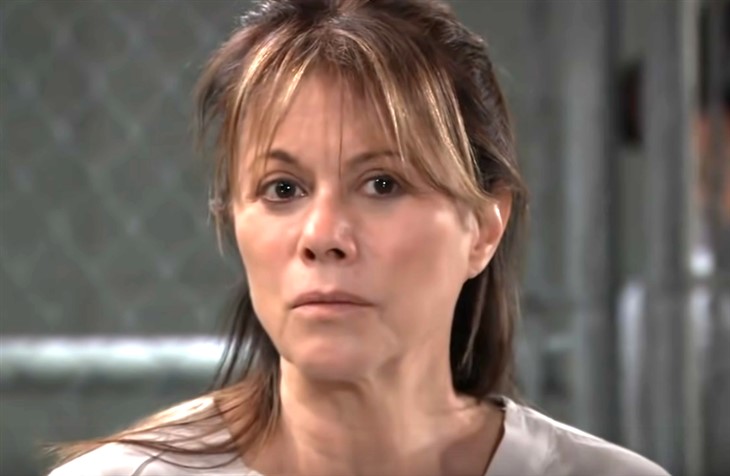 General Hospital’s Alexis Davis (Nancy Lee Grahn) has been to hell and back throughout her years in the fictional city of Port Charles. As the daughter of Mikos Cassadine and Kristen Bergman and the mother of three young women, she’s certainly seen it all, heard it all, and done it all. But this last year has certainly been one of the most challenging ones for Alexis to date. She’s lost her license to practice law, had a romance that went south pretty quickly, and has had her reputation tarnished in the meantime. This, of course, is prompting a lot of fans to wonder: is Alexis leaving General Hospital? Has her time on the soap come to an end? Here’s what you need to know.

During the last 12 months, Alexis has had a huge health scare, her license to practice law got revoked after she was caught lying under oath at a medical hearing and things simply didn’t work out between her and Neil Winter, especially after he ended up dead after they slept together. And while a lot of people can’t help but wonder just how lethal a woman like Alexis can be, the situation made her mental health take a turn for the worse, as she was once again struggling with her sobriety.

If all of the above weren’t enough, Alexis has been dealing with a wrist injury that has been so bad that she’s struggling to pick things up with her hand. While there’s no doubt that Nancy is someone who has survived a lot since actress Nancy Lee Grahn made her debut in the role back in 1996, she’s also caused quite a few problems on her end, too. She’s slapped both Sonny Corinthos (Maurice Benard) and Carly Corinthos (Laura Wright), faked the alternate personality of her late sister and used her ‘Kristina’ personality to threaten another person with a knife.

GH Spoilers – Alexis Davis Has Quite A Past

Clearly, the woman could use a break or at least a nice long vacation away from Port Charles. So, is Alexis leaving General Hospital? While Nancy Lee Grahn hasn’t said anything about her character’s future on the show, she also hasn’t hinted that she’s ready to leave, either. After all, Nancy is the kind of person who has no problem speaking the truth, either personally or professionally speaking. Watch this space as we have a feeling that there’s still so much more to come from Alexis Davis.

The Young And The Restless (Y&R) Spoilers: Kyle Snowed By Tara – Billy Digging For Dirt