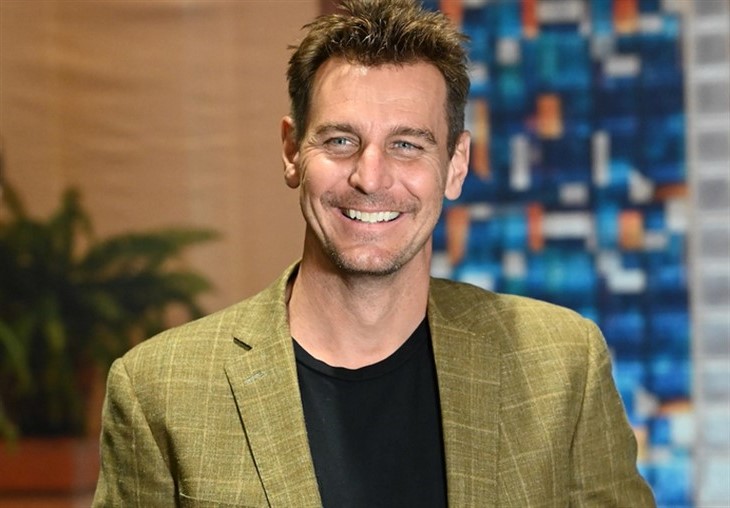 Ingo Rademacher and Nancy Lee Grahn had both been on the daytime drama for over twenty years. In fact, his former character Jax and her character Alexis had been paired romantically at least one time – having been married from 1999-2000 on the show.

But Ingo is pretty upset that Nancy spoke up on her social media about his exit before his last airdate even played out. He wanted to release that unfortunate news to his General Hospital fans but Nancy couldn’t keep her big cyber mouth shut!

Several weeks before Ingo’s last airdate, Nancy tweeted how thankful she was, and referred to his exit as merciful, after months of cyber rants against Ingo for everything from his political beliefs to his anti-vaccine status, and Ingo called her out for extreme disrespect for not allowing him to make the announcement himself first.

GH Spoilers – The Drama Extends To Other General Hospital Actors

General Hospital fans who follow the two actors on social media know that they have each been infamous on both sides of the political aisle for their outspokenness, and a league of Nancy’s fans are now monitoring which General Hospital actors are liking Ingo’s tweets as well as Steve Burton’s! General Hospital viewers will recall that Steve was recently killed off as Jason Morgan also for non-compliance of Disney/ABC’s vaccine mandate.

Nancy’s fans are now speaking out against fellow actors who have been putting likes on Steve and Ingo’s tweets! Kin Shriner (Scott Baldwin) and Marcus Coloma (Nikolas Cassadine) are among those on their persona non grata lists, as has been Johnny Wactor (Brando Corbin)! All three of them have complied with the mandate although they are still on these fans’ political agenda blacklists!

Even though as longtime General Hospital viewers will recall, Ingo has come and gone during his twenty plus years as Jax, the most recent time having been playing Thorne Forrester on The Bold and The Beautiful, he would rather have played Jax for another twenty years or so.

In Ingo’s recent Instagram video he told his fans that the video was his official announcement. He expressed that he was disappointed in fellow actor Nancy for her disrespect of him, considering they had worked together on General Hospital for so many years. Ingo didn’t specify what may be ahead for him, although he’ll never play Jax again. There are other networks which so far don’t have vaccine mandates although they are still required by the actors’ union to mask and social distance between filming scenes and be checked for covid every day they film. Ingo’s fans wish him the best in whatever future endeavors he might publicize and make them aware of.