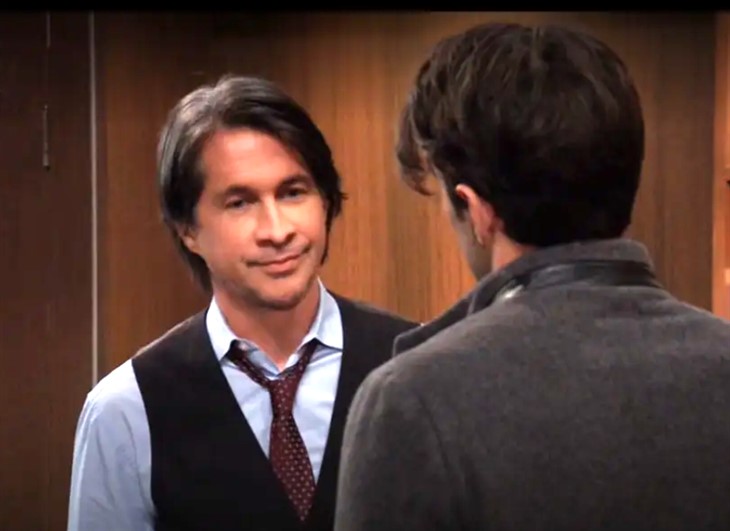 General Hospital Spoilers tease that Harrison Chase (Josh Swickard) is finally beginning to feel like his old self. Chase has had a horrible time the last few months but he is finally picking up the pieces of his life. After being poisoned by Peter August (Wes Ramsey), Chase survived but was temporarily paralyzed.

Believing Chase was about to die, Willow Tait (Katelyn MacMullen) married Chase even though she loved Michael Corinthos (Chad Duell). Chase eventually discovered the truth and after some angst, Chase accepted that he and Willow were over on General Hospital.

General Hospital Spoilers – Back On The job!

Harrison Chase is one of Port Charles most respected Police Officers. Now back on the force, although just on office duty, Chase is finally at a point where he can see a future for himself. His brother, Dr. Hamilton Finn (Michael Easton) may think its time for Chase to start dating again.

And he will likely know exactly who Chase should start and end with. Brook Lynn Quartermaine (Amanda Setton) and Chase have become quite close over the past year, even though he has had to arrest her several times.

GH Spoilers – Brook Lynn Quartermaine Has Changed But Not Changed.

Although motherhood (that’s another story) has seemed to soften Brook Lynn in some ways, she is still fiercely loyal to those she loves. One only has to take a look at her calculated plan to take Dr. Austin Gatlin-Holt (Roger Howarth) down. Although Chase won’t approve of the methods Brook Lynn employs, he can’t help but be impressed with how far she will go for those she loves. Brook Lynn and Chase have a lot of chemistry and could become Port Charles’ newest couple if only Chase will cross that line.

Chase will have to wonder if he and Brook Lynn haven’t been friends too long to pursue anything romantic.  General Hospital spoilers hint Finn should remind his younger brother that anything worth having is worth taking a risk for. Perhaps Chase will see the light and consider a romantic future with Brook Lynn. Both of them could use some love in their lives!

Should Chase and Brook Lynn just remain friends? Or do they have a romantic future ahead of them? Will Chase be able to understand Brook Lynn’s point of view when the truth about her baby comes out? Anything can happen in Port Charles so stay tuned to General Hospital airing weekdays on ABC. And don’t forget to check back right here regularly for all your General Hospital news, information and spoilers!

Savannah Chrisley Shares An Uplifting Meme To ‘Everyone Who Is Trying’