GH Spoilers And Rumors: Sonny Loses Consciousness In Tan-O Fire, Wakes Up and Remembers All 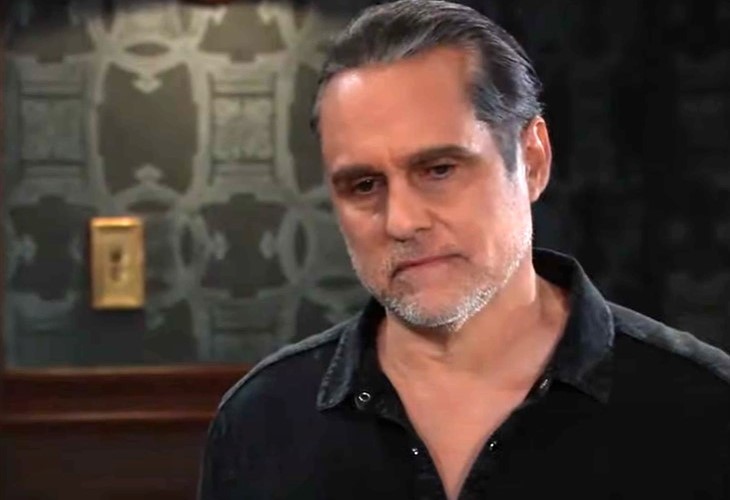 General Hospital (GH) spoilers and rumors tease that in Port Charles, NY Sonny Corinthos (Maurice Benard), aka “Mike” will lose consciousness when trapped in the fire at the Tan-O, and will regain his memories when he wakes up in a future episode of General Hospital!

General Hospital viewers will recall that Sonny lost his memories when he lost consciousness in the snow, half-frozen and near death. He had obviously washed up on the bank somewhere near Nixon Falls, Pennsylvania after the bridge he was fighting with Julian Jerome (William DeVry) broke through. Julian died, his body was found, but Sonny’s never was.

Sonny had lost his suit coat with his cell phone and identification, and of course his gun, and all he had on him was his wedding ring and the watch from his father. General Hospital viewers will recall that Sonny had a near-death experience where his late father, Mike Corbin (Max Gail) pushed him back into life. Later, Trooper Ralph Finchley (Tatum Shank) found him and took him to the Caulfields, and Phyllis Caulfield (Joyce Guy) nursed him back to health. It looks like Sonny will regain his memories the same way he lost them, after losing consciousness.

General Hospital spoilers and rumors tease that Sonny will return to Port Charles, and he won’t understand what he sees! He will misinterpret what he sees going on between Jason Morgan (Steve Burton) and Carly Corinthos (Laura Wright) and he won’t understand or forgive. Jason also will try to make Sonny understand why they got married, and refuses to relinquish control to him when he worries about Sonny’s abilities to make decisions. As for Carly, she vows to put her family back together, including Sonny, even if it takes her the rest of her life! Longtime General Hospital viewers know that Sonny can be three times as stubborn as Carly, and Carly thinks Jason’s efforts are only making the situation worse! General Hospital viewers know that Carly and Jason were getting married to protect Sonny’s interests and territories, but Sonny can’t comprehend the decision!

General Hospital spoilers and rumors tease that Sonny, hurt, rejected, and feeling betrayed by Jason and Carly, will approach the Triad – Vincent Novak (Glenn Taranto), Mr. Buscema (Bart Tangredi) and Nina Wu (Lydia Look) with an offer! Cyrus Renault (Jeff Kober) and Sonny will also reach an agreement, because of both of their understanding of feeling betrayed by those you loved and trusted! This may take place with Cyrus still behind bars, but it is not certain.

General Hospital spoilers and rumors also tease that Sonny’s return will split him and Jason and Carly apart – as well as some in the Corinthos organization. Brick (Stephen A. Smith) will side in with Sonny, while Damian Spinelli (Bradford Anderson) will remain faithful to Jason. As for Nina Reeves, (Cynthia Watros) she will be out of Sonny’s mind and heart entirely, his feeling betrayed by her also because she kept his identity and life a secret for so long! Sonny will have no forgiveness for her either!