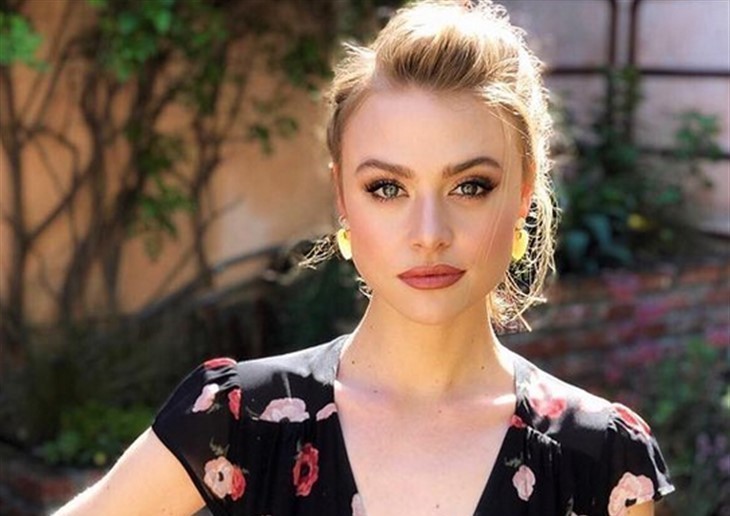 General Hospital spoilers indicate that Hayley Erin, ex-Kiki Jerome, and husband Adam Fergus have welcomed their twins into the world. Haley announced several months ago that they were expecting twins, congratulations to the Emmy-winning actress and her husband.

Former General Hospital alum Robert Palmer Watkins (ex-Dillon Quartermaine) made the announcement on his Instagram offering congratulations to two of his favorite humans. Palmer played Hayley’s love interest for some time on the show before he moved out of Port Charles. Watkins posted a photo of the proud father holding his twin girls and Hayley beaming with pride. Haley and Fergus got married last September. In April, Haley revealed that she was pregnant with the twins and fans have eagerly awaited their arrival ever since. If the photo is anything to go by, it seems that Erin had a c-section delivery which is common with twins due to their positions. ABC Soaps In Depth posted the photo as well.

General Hospital’s Erin left the show in 2018 when Ryan Chamberlain (Jon Lindstrom) killed the character because of Ava Jerome (Maura West). Ryan believed he could pull Ava closer to him by killing her daughter. Kiki had romantic relationships with both Michael Corinthos (Chad Duell) and Morgan Corinthos (ex-Bryan Craig) as well as Griffin Monroe (ex-Matt Cohen) who she was dating when she was killed off. Of course, fans remember that Griffin used to be with Kiki’s mother, Ava, as well. The actress admitted she was glad Kiki was killed off instead of recast and has offered to return any time her ghost is needed.

General Hospital Spoilers – No Details Have Been Released

General Hospital’s Erin or Watkins haven’t released any statistics on the twin yet, however, hopefully, they will soon. Fans are anxious to know the names of the girls and other important facts. We wish the happy couple well with their new bundles of joy and hope to see more from them soon. Until then we are just happy that the babies have arrived safe and sound amid the craziness of Covid-19 issues. 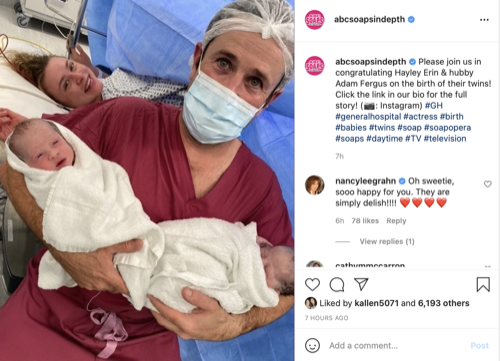 General Hospital’s Erin also played Abby Newman on The Young and The Restless and Taylor Hotchkiss on Pretty Little Liars: The Perfectionist. Erin quickly became a fan favorite after taking over the role of Kiki and fans still follow her on social media. Erin is very good at keeping fans posted on the milestones in her life. Congratulations again to the happy couple and we look forward to more news soon.

B&B Spoilers: Will Finn And Steffy’s Marriage End Before It Begins?

DOOL Spoilers Friday: The Day ‘Cin’ Fans Have Been Waiting For?