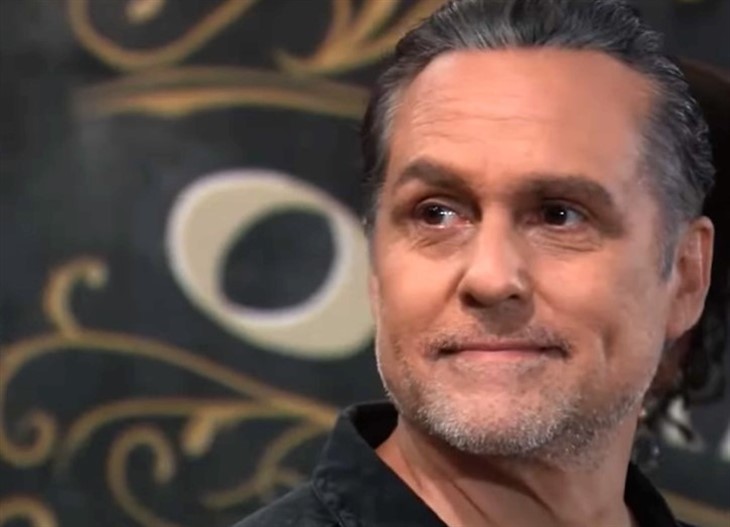 General Hospital (GH) spoilers reveal that Sonny Corinthos (Maurice Benard) is living as “Mike” in Nixon Falls. However, he will go to Port Charles at some point. Seeing his family and friends could trigger Sonny’s memories. However, it’s possible that being “Mike” has made him appreciate his calm life in Nixon Falls. He could find himself torn between his two lives.

GH spoilers reveal that everyone believes Sonny died. They had his funeral, his loved ones grieved and moved on. Carly Corinthos (Laura Wright) told Jason Morgan (Steve Burton) about her daughter’s questions and heartbreaking statements about Sonny being in heaven.

Meanwhile, “Mike” is living a simple life in Nixon Falls. Every once in a while, we see hints of Sonny coming out. He once told Nina that he’s thought about looking into his past but hasn’t gone through with it. He feels that there might be a reason he’s not remembering. One thing that Nina noticed that “Mike” is laid-back and happy. She noted how different “Mike” is from Sonny.

When Nina first saw Sonny in Nixon Falls, she called Carly. She intended on telling Carly that Sonny was alive and in Nixon Falls. However, Carly started ranting and wouldn’t let her talk. Instead of just blurting it out, Nina decided not to tell her. No matter how volatile the relationship is between the two women, Carly deserved to know the truth. At the very least, Nina should have thought about the children. It’s not fair for them to be without their father.

It’s only a matter of time before the truth comes out. It would be better for everyone, including Nina if she just comes out with it. We can’t see Nina being redeemed if she doesn’t tell the truth about Sonny.

General Hospital spoilers reveal that Sonny will return to Port Charles eventually. When he does, he will probably think that the area seems so familiar. When he faces his family and friends, that is when his memories could come back.

If this happens with Sonny, there will be a lot of catching up for him to do. First and foremost, he will need to know that Jason and Carly are married. Of course, he will be told it was to protect the family and business. So, that will make things a bit complicated.

If Sonny’s memories return, Carly will want her old life back. She will assume that Sonny will move back home and lead the business once again. Even though he probably will do that, he could have conflicting feelings. He has spent months living a simpler and calmer life as “Mike” in Nixon Falls. There might be a part of him that wishes he could have that life back. He might even bring it up to Carly, but we can’t see her being on board. Could the pull to that simpler life compel Sonny to make a shocking decision?