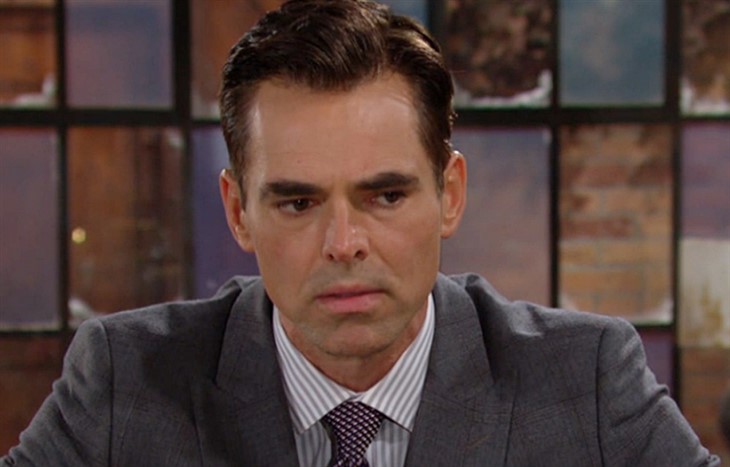 The Young and the Restless (Y&R) spoilers for Wednesday, July 7, 2021, reveal Billy making a bold move, but who will he hurt in the long run?

When Billy Abbott (Jason Thompson) gets something in his head, he is relentless and can’t stop thinking about it nor can he stop himself from making moves a more sensible person wouldn’t make. We guess that’s part of his personality as a gambling addict. Once he has something, he just wants more.

Now, Billy has the taste of power and that power is over Ashland Locke (Richard Burgi) since he can manipulate the man’s life with his own publication. And he even has Lily (Christel Khalil) on his side. Y&R spoilers show Billy is determined to figure out what Ashland is really up to and keep his promise to Summer (Hunter King) regarding Tara (Elizabeth Leiner) and Kyle (Michael Mealor). So, he does something very daring to achieve his goal, but what could it be?

Whatever he does, he is bound to upset Victoria (Amelia Heinle). She is either truly falling for Ashland, is playing a huge con on him — or both. And we know she doesn’t want Billy getting in the way.

Amanda’s (Mishael Morgan) quest to learn more about her family and defend her grandfather in court looks more foolhardy by the day on The Young and the Restless. She keeps learning more and more shocking things that make her wish she never dug into her past or where she came from and Wednesday brings more stunning news.

Devon (Bryton James) holds a little soiree and more things go wrong than anyone could have imagined. Secrets are revealed, but who do these secrets belong to this time? Do they have anything to do with Devon or is this all Amanda? And is The Great Victor Newman (Eric Braeden) there because it’s very clear he knows a lot more about Amanda’s family — and especially her father — than he’s been letting on? And did Victor know the truth about Hillary’s background when she was his friend and still alive?

Stay tuned to The Young and the Restless weekdays to see how these stories play out.