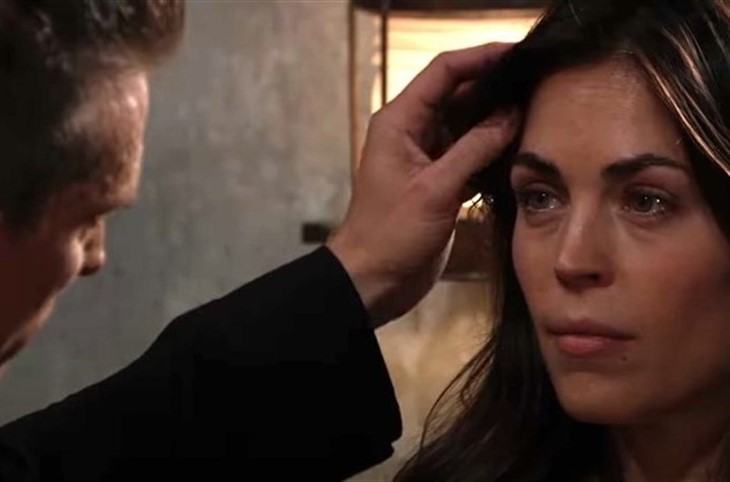 General Hospital (GH) spoilers say that when it comes to someone like Sam McCall (Kelly Monaco) she always wants what she can’t get. In this case, though, it might be the one person who keeps slipping away from her fingers: Jason Morgan (Steve Burton). Now that he’s been spending a lot of time with Britt Westbourne (Kelly Thiebaud) there’s a chance that Sam might realize just what kind of full package Jason is, especially if she sees him with someone else. Here’s what you need to know.

As many GH fans know, Sam and Jason have been on-again, off-again for so many long years that many people have given up any hope of ever seeing these two people permanently together and happy as they should be. Instead, Sam has been spending a lot of her time either wallowing in her unhappiness or creating more problems for Jason than he can handle.

With that said though, General Hospital spoilers say that Britt and Jason are slowly but surely realizing that there’s a spark between them. After all, they’ve spent these last few weeks on the run and has been there for each other in ways that no one else has. Britt deeply cares for Jason and the same can be said about him. A lot of viewers think that it’s only a matter of time before these two realize that they connect on both an emotional sense and perhaps even a physical one, too.

So, where does that leave a person like Sam McCall? Most likely with a lot of regrets. General Hospital spoilers say that as Britt awaits the test results from her Huntington’s Disease, Jason will continue to be her rock and will try to keep her calm. The longer they are on the run together, the closer they will become. And if it turns out that Britt is indeed dying, Jason might realize just how much she really is “the one.” Watch this space as we have a feeling that Sam will be paying very close attention.

The Bold And The Beautiful (B&B) Spoilers: Bill Gets The Wrath Of Hope