General Hospital (GH) Spoilers: Nina Goes On A Date With Elijah, Will He Use Her Against Sonny? 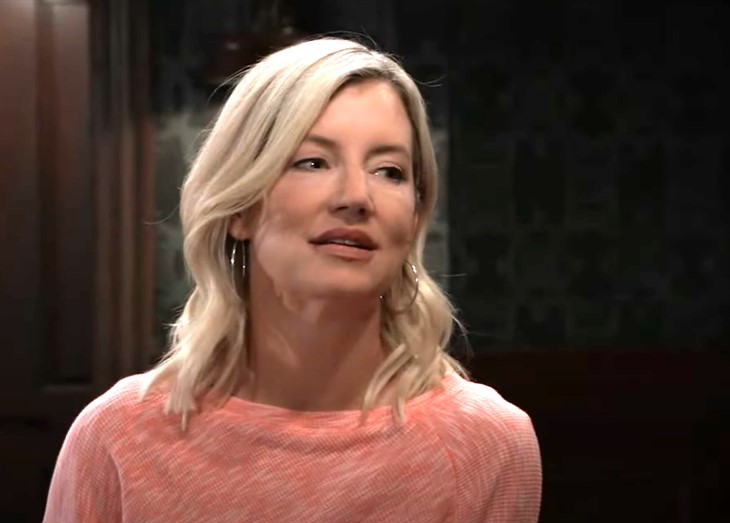 General Hospital (GH) Spoilers suggest that Elijah Crowe (Dan White) may have figured out the one way to get Sonny Corinthos (Maurice Benard) off is back. Elijah has asked Nina Reeves (Cynthia Watros) out on another date. However, by now Elijah knows that he can use Nina to get to Sonny “Mike” Corinthos.

General Hospital’s Sonny has been on Elijah’s trail for some time. Sonny may not know his identity, but his instincts are spot on. Sonny knows that Elijah is behind all of the problems that are going on in Nixon Falls. Sonny believes that Elijah wants to tank the economy in Nixon Falls so that everyone will sell their businesses and Elijah is buying them up. Sonny knows that eventually, Elijah can sell these properties for a profit. Sonny’s instincts tell him that Elijah is a con and he is bound and determined to prove this to Phyllis Caulfield (Joyce Guy).

GH Spoilers – Elijah Crowe Needs Sonny Corinthos To Back Off

General Hospital Elijah needs Sonny to back off before he gets the proof he needs. Elijah has been trying to get information on Sonny about his past as well. Elijah is trying to blame Sonny for the violence that he is introducing to Nixon Falls. Ironically, Elijah has no idea that he is going up against a mob kingpin. If Sonny had any idea who he is, he would have already taken Elijah out. However, Elijah knows that he can use Nina Reeves to get Sonny to do what he wants. Will Elijah use Nina to get Sonny to back down?

General Hospital Spoilers – Nina Reeves Could Be A Great Weapon

General Hospital’s Nina is the one person that Elijah can use against Sonny because he knows Sonny is fond of her. Elijah isn’t about to use Phyllis or her husband, Lenny Caulfield (Rif Hutton) unless it is a last resort because he doesn’t want to reveal his hand. Elijah wants Lenny and Phyllis to trust him. Elijah also wants Sonny blamed for all the violence so he makes sure that things happen on Sonny’s watch. Now that his plan isn’t working, Elijah may take it to the next level. After all, Nina is expendable if it will help Elijah stop Sonny. Would Elijah harm Nina to get Sonny under control?

Elijah is determined to have his way and will use anyone he can to get it. How many casualties will there be before Elijah is stopped?