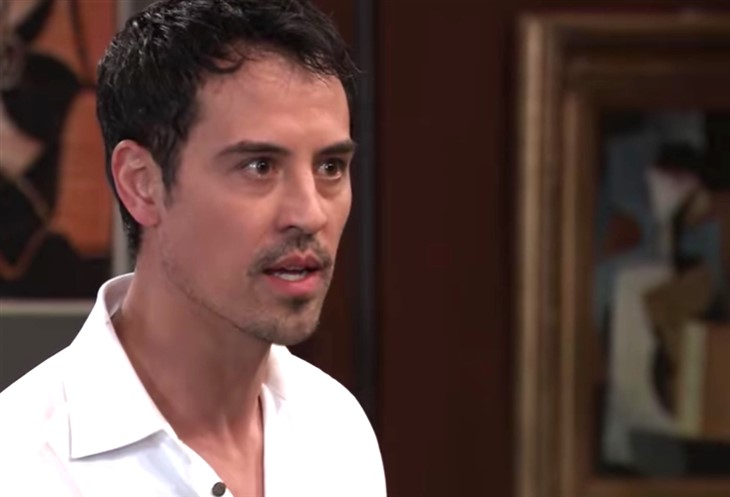 General Hospital (GH) spoilers reveal in Port Charles, NY Nikolas (Marcus Coloma) fearing his world crashing down around him. Ava (Maura West) has left him but Spencer (Nicholas Chavez) is finally back. Nikolas does have Spencer’s number but he also has something else he needs to concern himself with now. Shawn Butler (Sean Blakemore) is out of jail determined to find out who really shot Hayden Barnes way back in 2015.

Shawn Butler lingered behind bars for six years for shooting Hayden (Rebecca Budig) in the head when even Hayden knew Shawn wasn’t the one behind what happened to her. She knew it was Nikolas and even had Curtis (Donnell Turner) help her get the proof. She didn’t even need Curtis for that because other people already knew and still know. Elizabeth (Rebecca Herbst) was aware. Laura (Genie Francis) knew. This wasn’t Nik’s best-kept secret because he kept telling people what happened. By the time Hayden married him, it was just a known thing between them.

But Shawn had no idea and just waited behind bars for his luck to turn, knowing he did commit other crimes anyway and was taking the fall for Sonny (Maurice Benard). Shawn was at the garage to shoot Jake Doe, aka Jason Morgan, aka Drew Cain (Billy Miller) that day, but another hitman was there for Hayden and did a better job than Shawn.

Now that Nikolas knows Shawn is out and determined to find the truth, he begins to panic. He lost years of his own life thanks to Valentin (James Patrick Stuart) when Valentin was supposed to be the most evil Cassadine of them all and everything has just gotten his own life back together. And it’s not like the victim didn’t forgive him.

GH Spoilers – Will This Spell The Return Of Hayden Barnes?

Perhaps Nikolas will need to bring Hayden back to town to try to get him out of this mess. After all, he was the one who ran her out of town to begin with so maybe he knows where she is and can get her back to Port Charles ASAP. That will bring up a slew of other story possibilities, but if Hayden ever learns Nikolas is the one who has kept her from her daughter, he might have to worry about more than Shawn Butler. Stay tuned to General Hospital weekdays to see how this story plays out.