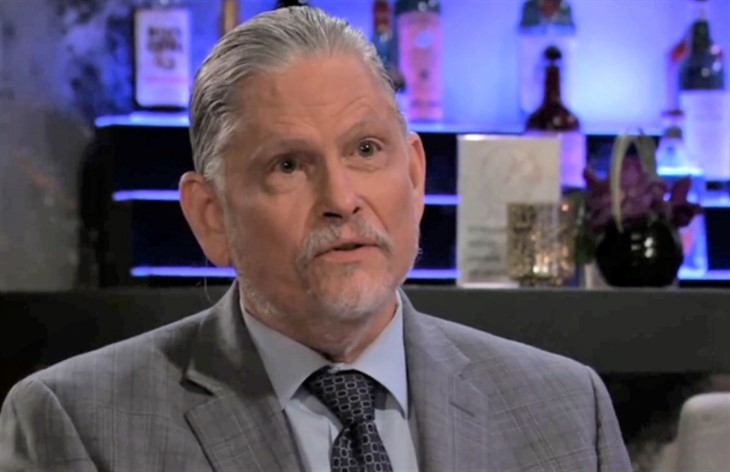 General Hospital Spoilers – Curtis Ashford Is Out Of The Private Investigation Business, But Cyrus Renault Wants In On His Nightclub Action

General Hospital viewers will recall that Curtis decided he wanted out of the private investigation business, and sold his half of the detective agency he owned with Samantha McCall (Kelly Monaco) back to her in previous General Hospital episodes. Curtis felt like he needed some new beginnings in his life, and bought a nightclub that was being sold by his last private investigations client. Recently, Curtis has been busy remodeling his new nightclub, although he hasn’t thought about renaming it. Perhaps “New Beginnings” or “Resurrection” or something like that might work, although certainly he would want to retain the nightclub’s existing clientele, because he needs the customers when he fully opens it.

He might want to offer some of the dishes formerly served at The Floating Rib before its destruction. But, Curtis is still thinking about it. People might be afraid to come if they are reminded of the deadly bombing that happened to that restaurant – thanks to Cyrus Renault. General Hospital viewers will recall that Julian Jerome (William DeVry) might have been the fall guy, but Curtis already knew “through the grapevine” that it was really Cyrus that was behind it! Speaking of the devil, here he comes! Cyrus Renault has the nerve to come into Curtis’ newly acquired establishment which isn’t even open for business yet and wants to make Curtis an offer for it! Curtis curtly reminds Renault that the nightclub has not opened for business, and wonders to himself if he’s purchased something in the middle of Renault’s drug pipeline!

After some arguing back and forth, since Renault seems to want Curtis’ new club really bad, slick and slimy Cyrus tells Curtis he will regret not doing business with him! Curtis scoffs and huffs off and returns to what he was doing. Curtis has to work quickly to get the décor, the ambiance, the menu all squared away, as well as make sure that the building and kitchen areas are up to snuff for the inspection required for him to be ready for his grand opening. Curtis remembers hearing that Renault tried the same routine on Julian when he tried to buy Charlie’s Pub. It seems strange, now that Charlie’s Pub might actually be available should Ava Jerome Cassadine (Maura West) decide to sell it, that now Cyrus is focused in on Curtis’ club!

They’re not even in the same part of town, so Curtis really isn’t sure why Cyrus would want it. Perhaps there was some dealing going on behind the scenes that was lucrative for him and he’s thinking with a former cop and PI owning it, his sweet deal might go down the drain! Curtis locks up for the day and puzzles over what Cyrus is up to with trying to buy his club. General Hospital viewers will remember what happened one time when Curtis and Drew Cain (Billy Miller) had to go dumpster-diving looking for something.

It was a humorous scene for Drew, and for viewers, to see how scared a grown man can be of rats! However, it’s not so funny this time when Curtis returns to the club and goes to the kitchen area to find – RATS! He naturally is taken aback, but pretty soon fear turns to fury as he realizes Renault must have been behind the sudden infestation, because that was one of the first things he had checked out and there were no bugs, no mice, and NO RATS! Curtis is more determined than ever now to make sure that Cyrus is taken down, even if he is not a part of the takedown team!

The Bold And The Beautiful (B&B) Spoilers: Zende Has Something Major To Say To Carter