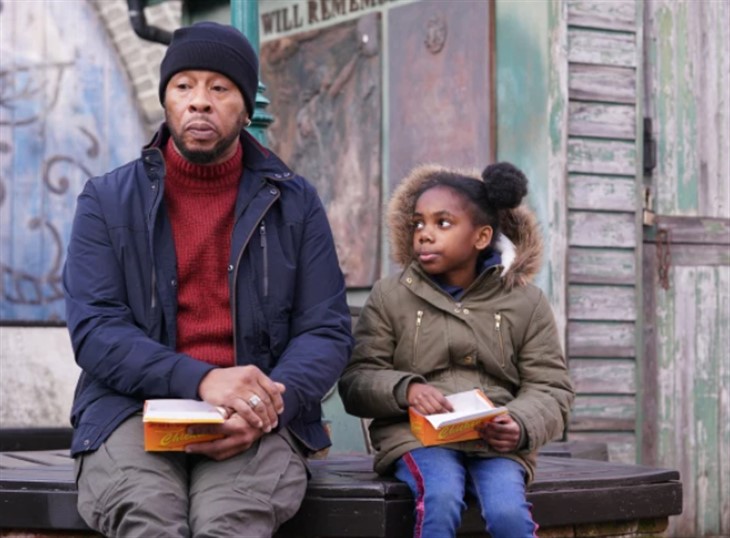 EastEnders spoilers and updates reveal next week will introduce a new character that will find Bailey after running away from the Square. Mitch Baker (Roger Griffiths) and Karen Taylor (Lorraine Stanley) will get a major update from this man named Reg, who assures them he got Bailey.

Bailey (Kara-Leah Fernandes) left home in a heartbreaking episode last month, after misinterpreting her teacher Isaac Baptiste’s comment and overhearing her parents Mitch and Karen’s discussion about their financial dilemmas.

The 11-year-old girl was burdened in knowing her stepmother Karen has been skipping meals just so they can eat, which made her draw a conclusion that her family will live well if she disappears. She packed her things, brought Banjo the dog with her, and lied to her family about where she was heading, believing it was the only way she could be useful to her distraught family.

Bailey finds shelter in the underpass, finding comfort in a sleeping bag with Banjo by her side. But the danger is set to come her way next week with a group of youngsters stealing her bag. Banjo chases after them and makes his way back to Walford, leaving Bailey behind.

The family has stepped up their search operation for her and has undergone police questioning. Keegan (Zack Morris) continues to roam around looking for her sibling and finds an injured Banjo, which stirs more fear in the already worried family.

Help is on the Way

While Bailey desperately searches for the missing pooch, an unknown man approaches her and introduces himself as Reg. The mystery newcomer explains he was friends with her late mum, Dinah, and it seems Bailey trusts him.

As the Taylors prepare to continue the search after finding Banjo, Mitch gets a phone call that leaves everyone hopeful. Reg is on the other line explaining he has Bailey.

Viewers have to find out next week if this newcomer is a friend or a foe.

The character Bailey first entered Albert Square with a very dramatic scene when Mitch Baker left her in his van to fix Karen Taylor’s bathroom. The lonely child was in danger when drug addict Craig broke into the van, but she was strong to hit him over the head in self-defense.

This child star had already marked an excellent impression on the viewers with her appearance in different projects. Her first role was in 2018 in the TV series “The Long Song” and starred as Ophelia in the BBC series “Hold the Sunset.” The young star had her career breakthrough in 2019 with her recurring role on “EastEnders.” She won in both tough races as the Best Soap Newcomer in the 2019 TV Choice Awards and Best Newcomer category at the British Soap Awards.