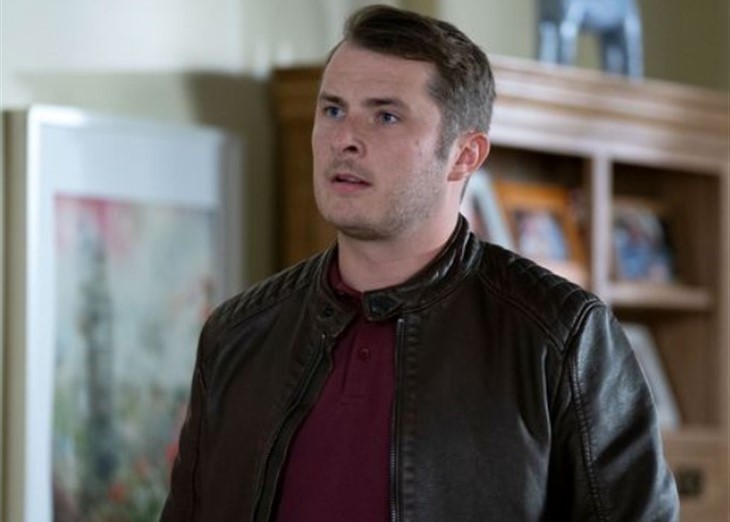 EastEnders news reveals that Max Bowden’s (Ben Mitchell) relationship with girlfriend Danielle McCarney is kaput, one month after a co-star sent him a crude and sexual Instagram post.

Costar Jessie Wallace (Kat Slater) left a sexually explicit message on Bowden’s Instagram and many fans were in an uproar over it.

The BBC soap star reportedly left his relationship but the, “decision was amicable,” according to the Daily Mail.
Wallace left this message: “Remember…if you need a m***e to cry on…I’m yer gal.” His followers wrote a few pithy comments in response with one saying, “@jessie.wallace_official Supportive m***e. I’m defiantly using this as a pick up line.”

Others were not happy with the rude comment and others just advocated for, “more Kat, Ben & Phil scenes ❤️.”

EastEnders Stars Are Entangled In An Insta Controversy

The breakup follows a series of sad events for Max Bowden. In recent months two of his friends have died and he lost his grandfather last year.

The soap star lost his best friend, Terry Mills, to Covid-19 and one of his oldest friends, Luke Goodings, committed suicide.

He debuted as the character Ben Mitchell in 2019 and has been involved in a fan fave same-sex marriage storyline. Ben is married to Callum Highway, played by Tony Clay.

Bowden was nominated for the Best Newcomer award at the 2020 NTA’s.

EastEnders News – What is Going on With the BBC’s EastEnders?

Sources told MailOnline that Wallace’s post was, “a joke, and Max was with Danielle at the time. It’s not linked to the split. Max and Danielle’s split had been on the cards for a while.”

The source added, “The relationship was a whirlwind at the start but ran into trouble a few months ago. They tried to make it work but they decided to remain friends. Nobody else was involved. Max is still very fond of Danielle and he’s gutted it didn’t work out. The consolation is at least they parted on good terms.”

Max Bowden met his ex while she was working on EastEnders as a runner; she is now a runner on Loose Women.

The handsome and talented actor posted many sweet messages about his girlfriend on social media. He wished her a happy birthday in April 2020, calling her the, “most beautiful woman on the planet.” He added, “you are the gift that keeps on giving.”

Be sure to catch up on everything happening with EastEnders. Come back here often for EastEnders news and updates.

Days Of Our Lives (DOOL) Spoilers: Belle Determined To Protect Her Family