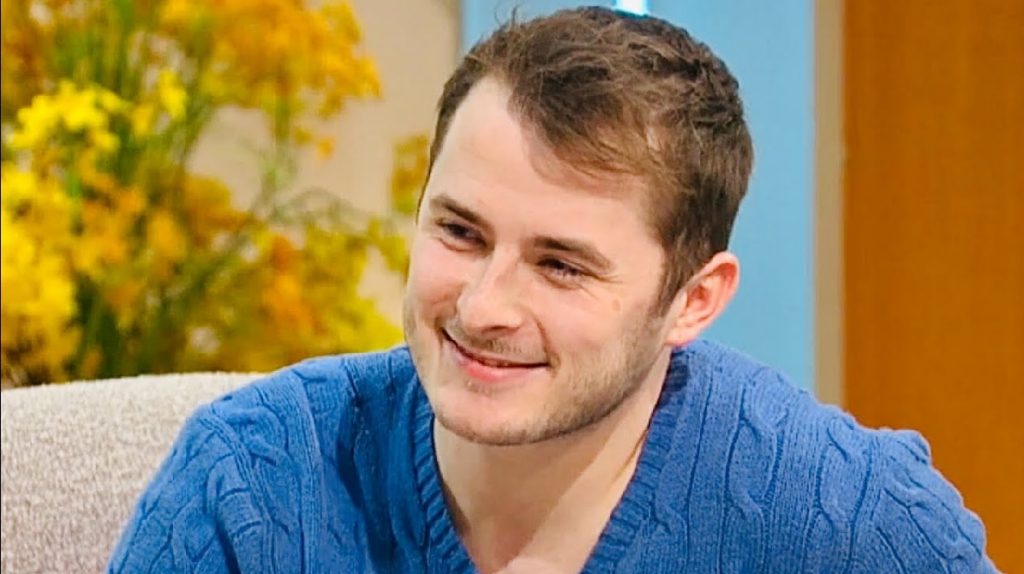 The first question that he was asked was, are the deafness storylines challenging? How did you prepare for it? He replied that the storyline was a challenge but that he did his research by going to people who are a part of the deaf community and talked to people who were both born deaf and became deaf later but were not born deaf. He wanted to find out how they interact with others as well as how other’s interactions affect them.

He was also asked, Who have you not had a one on one scene with that you’re looking forward to working with? There are several people that he wants to film with, but he would love to do some one on one scenes with Linda Carter, who is played by Kellie Bright. He would also like some scenes with Shirley because she is protective over Ben and is like a mother to Ben.

Another question asked What’s been the hardest part of your acting career? Have you got any advice for someone who wants to be an actor? He says that the workload is the hardest part because they have to work countless hours but that it is also very rewarding. He is then asked about How was it walking on set for the first time? He said that it was daunting as he was thrown into the deep in.

As viewers know, Ben and Callum recently became a couple and have been a popular couple on the show. So it was no surprise when he was asked about this. The first question asked about this was, would you like to see a Ballum wedding one day? He said absolutely, however, he thinks that Ben is not really the wedding type. He thinks that Callum and Ben have their own kind of relationship that works for them, but it could happen one day. The next question was, did you ever imagine that Ballum to be such a popular couple? He said that he did not expect it but that he and Tony work well together and are close friends which may play a part in it.

He was then asked, where do you think that Ben would be spending his quarantine and who with? He mentioned that he would find himself mad in the house and that he would probably commit to being in the car shop. He would maybe go somewhere where he could make a glass of wine that he and Callum would not be able to stay still for long.

When asked where would you like to see Ben go in terms of his character development next? He explained that there is nowhere that he would like to see Ben go and that he loves that Ben is unpredictable. He also loves that he wears his heart on his sleeve. However, it seems that he would not want to be friends with been as when asked, do you think you’d be friends with Ben Mitchell in real life? Will Whitney be able to leave or will Michaela be able to gain the power back?

Watch EastEnders Episodes from Monday and Friday at 8 pm and Tuesday and Thursday at 7.30 pm on BBC One to find out what happens next.

General Hospital Spoilers: Sasha And Chase’s Plan Backfires, Faux Couples Fall In Love With Each Other