Days Of Our Lives Spoilers: Sami Brady Had Herself Kidnapped? 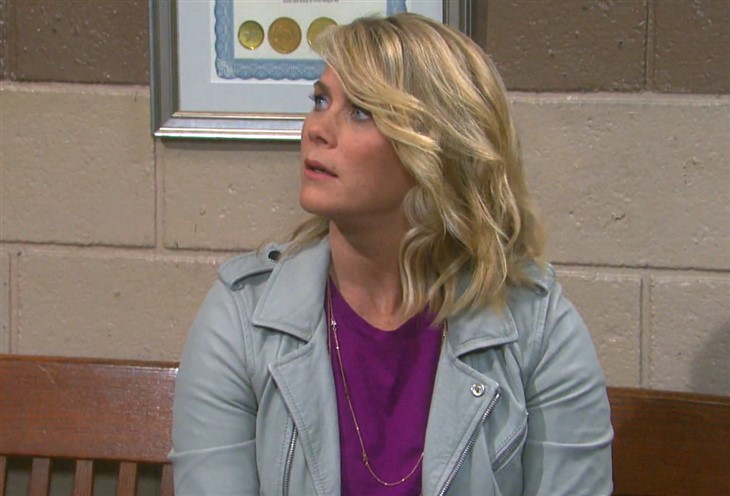 Days of Our Lives spoilers tease that no one realizes yet that Sami Brady (Allison Sweeney) is missing. As viewers know, Sami was abducted right outside of Rafe Hernandez’s (Galen Gerring) house. But since EJ Dimera (Dan Feuerrigel) had just thrown Sami out of the DiMera Mansion for cheating on him with Lucas Roberts (Bryan Datillo), everyone believes that Sami just left town to lick her wounds.

Her family and friends have texted her and eventually she replied saying she just wanted to be left alone. But did Sami really send those texts herself?

Days of Our Lives Spoilers – Who kidnapped Sami Brady?

One possibility is that Sami was kidnapped by Kristen DiMera (Stacey Haiduk). Kristen was furious that Sami cheated on her brother. It was her letter that eventually got in EJ’s hands and revealed the affair to EJ. But perhaps she didn’t want to take a chance on EJ and Sami reconciling, so she may have possibly taken Sami off the board.

Days of Our Lives spoilers show Kristen also recently sent Sarah Horton (Lindsay Godfrey) to a remote island, possibly Melaswen! Melaswen was copy of Salem created by the DiMera family, but it was supposedly destroyed. But could the DiMera’s have had the fake city rebuilt?

DOOL Spoilers – Did Sami Brady Have Herself Kidnapped?

But one can’t forget just how crafty Sami is. This is the woman who sprung Ben Weston (Robert Scott Wilson) from a sanitarium in order to have him recreate his “murder” of Will Horton (Chandler Massey) in order to get Will to remember his life. It wouldn’t be a bit of a surprise if Sami hired the men who kidnapped her in what at least started out as a fake kidnapping. In order to make it as real as possible, Sami would pull out all the stops!

Days Of Our Lives Spoilers – A fake Kidnapping Becomes The Real Thing?

Sami may have promised her kidnappers a huge ransom to go along with her ruse on Days of Our Lives. But they may grow tired of waiting and take Sami prisoner for real. Both EJ and Lucas will have had plenty of time to miss Sami, and might even have to work together to save the woman they both love? But would Sami really go that far?

Where is Sami Brady? Was she really kidnapped? Or is this another trick from Sami herself? Literally anything can happen in Salem, so stay tuned to Days of Our Lives airing weekdays on NBC. And don’t forget to check back right here regularly for all your Days of Our Lives news, information and spoilers!

B&B Spoilers: Ridge And Brooke Fear For Steffy And Hope