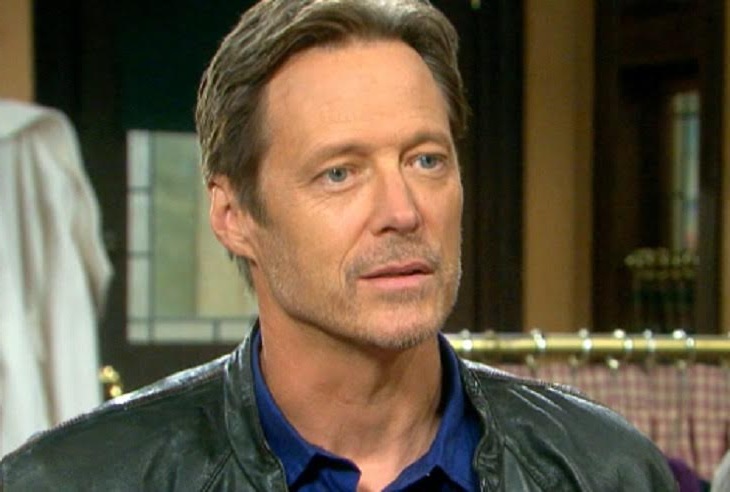 Days of Our Lives spoilers reveal that Abigail DiMera (Marci Miller) will be returning to Salem soon. Chad DiMera (Billy Flynn) confides in Jack Deveraux (Matthew Ashford), who just wants Abigail to be happy again. Jack and Chad could join forces and fans might be in store for an unforgettable “Chabby” reconciliation.

DOOL spoilers reveal that Miller went on maternity leave. The character of Abigail was temporarily written out by creating an exit story. Abigail felt she had to leave Salem to get her head straight. After everything that happened with Chad and Gwen Rizczech (Emily O’Brien), Abigail was out for blood. However, certain events took place that made Abigail realize she needed time away.

Abigail is going to be returning to Salem soon. However, will Chad and Abigail be able to fix their marriage, which was already on shaky ground?

With Abigail coming back and EJ DiMera (Dan Feuerriegel) admitting his marriage to Sami DiMera (Alison Sweeney) is over, relationships are on Chad’s mind. He will confide in Jack about the situation and admit what he’s concerned about. Even though Chad wants to fix his marriage, he could be uncertain if it’s possible.

Days of Our Lives spoilers reveal that Jack isn’t the reason for the “Chabby” separation. However, he probably feels guilty anyway. Jack has defended and excused Gwen’s behavior repeatedly since finding out about their genetic connection. This is part of what makes Abigail so angry. Abigail feels that Jack is choosing one daughter over another.

In reality, Jack sees a younger version of himself in Gwen. Longtime fans will remember all the trouble Jack caused when he was younger. Still, he will want to repair his relationship with Abigail and might use this opportunity to help fix “Chabby.”

Chad and Abigail are a fan-favorite couple. Despite everything they have been through, Chad and Abigail have always found their way back to each other. It’s likely that they will have some hoops to get through. Remember, Gwen knew that there were already cracks in Chad and Abigail’s marriage. The problems go all the way back to when “Gabigail” was with Stefan DiMera (Brandon Barash). Once they get through all of their problems, expect an epic and joyous “Chabby” reunion.