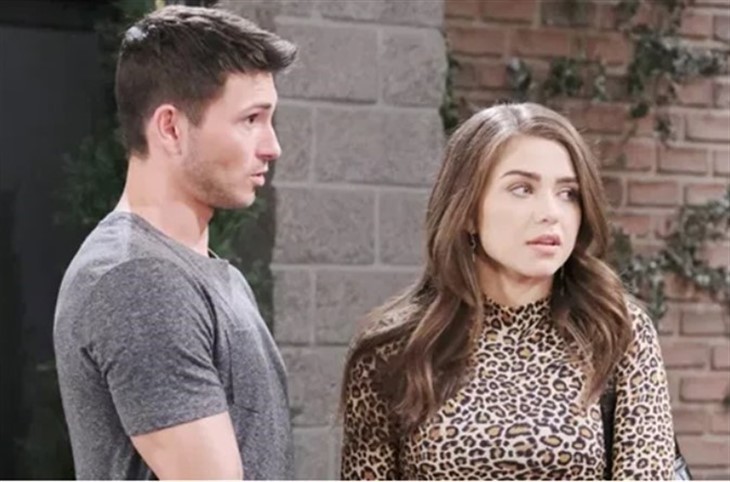 Days of Our Lives spoilers reveal that Ben Weston (Roberts Scott Wilson) dreams of Ciara Brady (Victoria Konefal). The dream will give Ben renewed hope about Ciara’s amnesia, as well as the future of “CIN.” On July 2, Ciara arrives in Salem with the sole purpose of seeing Ben. Not only does Ciara’s bombshell shatter Ben’s renewed hope, it forces him to face reality.

DOOL spoilers reveal that Ben has a dream about Ciara. Fans may recall that Jordan Ridgeway (Chrishell Stause) recently came back from the dead. The dead character wasn’t resurrected and she wasn’t a ghost. It was simply Ben’s imagination going into overdrive because of his massive guilt. Even though in the past, Ben’s dreams of Ciara haven’t always been pleasant, “CIN” fans will get some hope.

In the dream, Ciara gets her memories back and remembers the love she shared with Ben. “CIN” reunites and it’s every bit as rewarding as Ben could hope for. However, it’s not happening in the real world. The reunion only happens in Ben’s dream, but he will still view it as a sign from the universe. Speaking to Soap Opera Digest, Wilson talked about Ben’s dream and Ciara popping up in Salem.

“They’ve always had that whole connection like that; they kind of get into each other’s subconsciousness and their dreams. I think he wants to reinvigorate himself and not lose hope, pretty much. It gives him the faith to start following his heart.”

Days Of Our Lives Spoilers – Ciara Brady Returns To Salem

Days of Our Lives spoilers reveal that after an outing at the lake, Claire Brady (Isabel Durant) drops Ben off at his apartment. Even though going to the lake was supposed to clear Ben’s mind, he can’t stop thinking about Ciara. So, it’s interesting when Ben walks up to his apartment and finds Ciara in the flesh. He will really start to believe that the dream was a premonition. When he first sees Ciara standing there and realizes it’s not a hallucination or dream, his heart will be filled with joy.

Unfortunately, the joy comes crashing down when Ciara explains why she’s in Salem. She sent him divorce papers a while ago. All he had to do was sign the documents and send them back to her. When she never received the papers, Ciara started calling Ben. Despite several attempts to push Ben to sign the divorce papers, he still hasn’t done it. Ciara makes it clear that she needs the divorce to be finalized as soon as possible. She has brought another copy of the divorce papers and demands he sign them immediately.

Even though Rafe Hernandez (Galen Gering) advised Ben to give Ciara what she wants, he goes in the opposite direction. Will “CIN” eventually reunite or is Ben just setting himself up for more heartbreak?