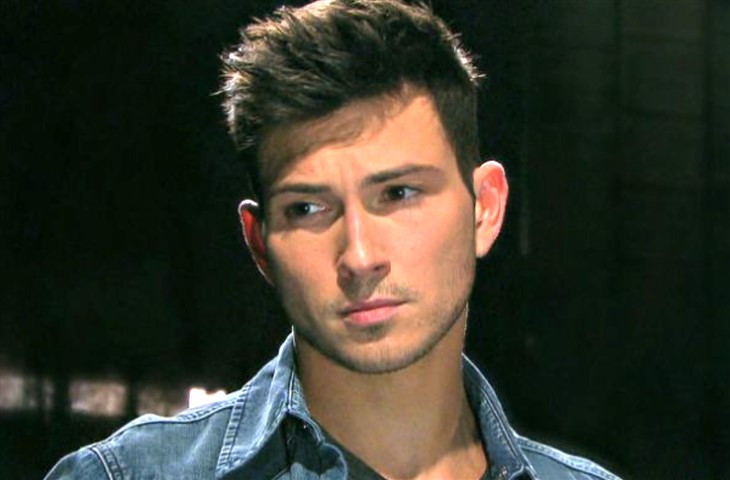 Days of Our Lives (DOOL) spoilers reveal that in Salem Ben Weston (Robert Scott Wilson) has a big story coming up. Due to the appearances that Wilson has scheduled with Deidre Hall, it sounds like Ben and Marlena Evans will share another storyline. Since Marlena is confirmed to be possessed again, could Ben be the one to save her? After all, he was called a “saint” not too long ago.

DOOL spoilers reveal that Claire Brady (formerly Isabel Durant) called Ben a “saint” prior to her exit. That certainly is a stretch, even for “CIN” shippers. However, Ciara Brady (Victoria Konefal) was convinced that Ben was the devil when she had amnesia. It wasn’t just a comment to fire back at Ciara, though. It might have been the first hint that Ben was going to be the savior in a future storyline.

Right now, Ben and Ciara are on their honeymoon. They are happy right now, but that will only last for so long. It is teased that Ben and Ciara will have a conflict over whether to have a baby or not. Executive producer Ken Corday told Soap Opera Digest that it will lead to a bigger story.

When “CIN” gets back to Salem, Ben will probably go to Marlena for advice. He will want to know if there is a chance that he can pass on his bad DNA. If Marlena ends up trying to convince him that he’s born evil and should kill again, that will be a big sign that something isn’t right.

Days Of Our Lives Spoilers – Appearances With Deidre Hall

Days of Our Lives spoilers reveal that Wilson and Hall have at least one appearance coming up together. It will be on The Kelly Clarkson Show. It is interesting that Ben and Marlena will be appearing together and not “CIN.” So, this is a big sign that the two will share another storyline.

Some viewers are convinced that Ben will be possessed by the devil and could go on another killing spree. However, that would undo all the hard work in getting fans on board with his redemption. Granted, not everyone is a “CIN” lover, but the redemption stories for Ben did help get “CIN” more believers.

What is more likely is that Ben might be the one to save her. In the first possession story, it was John Black (Drake Hogestyn). Although John could save her again, Ben needs a story where all of Salem will have no doubt that he is “good” and not evil. Plus, it will help the “saint” foreshadowing make sense. Marlena has been there for Ben multiple times, it’s not time for Ben to repay the favor.