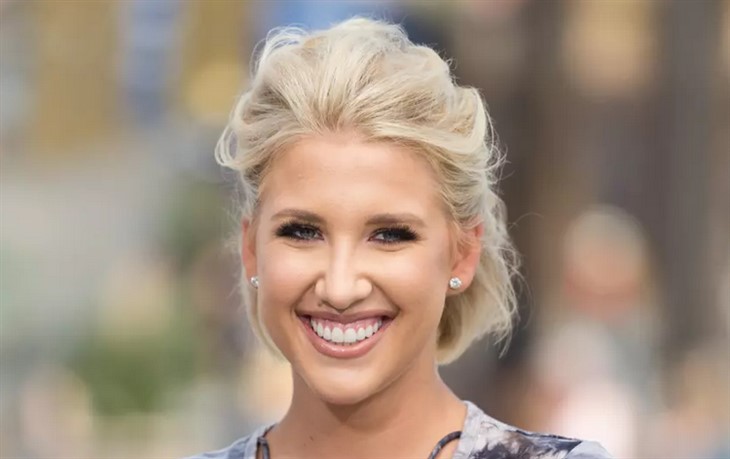 Growing Up Chrisley fans know that Savannah Chrisley and Nic Kerdiles give their relationship another chance. Now, she admitted that she suffers from baby fever. Does that mean she might take their union to a new level? Well, she seems really busy right now, so perhaps she just dreams of becoming a mom one day in the future. Her Sassy by Savannah cosmetics line seems to take up a lot of her time these days. So, fans wonder when she’ll slow down and actually have some kids that she can raise.

Perhaps it might be too soon for Todd Chrisley’s daughter to settle down and make babies with Nic Kerdiles. Although they dated for quite a long time and even talked about wedding plans, they split. In August, what USA Network fans already guessed, came to light They’d seen that both Nic and Savannah shared similar photos at the same time. So, they guessed they reunited. Eventually, the news came that they try again. But this time, with less social media exposure.

At the time, TV Shows Ace reported that the Growing Up Chrisley star joked about the possibility of kids. However, it seems like this time around, Savannah takes her relationship with Nic cautiously. Perhaps in time, they really settle their differences. Most USA Network fans would welcome the news of a baby or a wedding. But for now, she’s just busy focusing on her business. Recently, she launched her new fragrances, and one promo photo seemed rather raunchy. Well, now she revealed another promo on her Instagram.

Taking to her Instagram on September 16, Savannah Christley shared a photo of a cute baby. In her caption, she wrote, “I CANT TAKE IT!! How cute is baby Daisy repping @sassybysavannah 😍😭 thanks a lot @raelynnofficial for givin me baby fever!! Hahaha I can’t believe you’re a mama!!! I can’t wait to meet you tomorrow baby Daisy!!” Well, fans agreed that the baby looks very cute, But they also discussed the baby fever that Savannah now feels.

One Growing Up Chrisley fan wrote, “Umm. If your looking for a baby daddy,.DM me, (sic).” One fan probably got it completely wrong by assuming it might be Savannah’s baby. They commented, “tonight my husband and I watch the show Chrisleys knows best. we were looking at how you were looking kinda chubby your face arms and ankles. is this your child is that why your ex is back on the around.” However, Savannah’s caption clearly said the baby belongs to someone else.

Did Savannah Take The Photo?

Some fans felt that Savannah seemed too over the top placing a picture of herself on the baby. One of them said, “Damn, no shame in the Chrisley family. Jesus Christ 😂.” However, other fans pointed out, “Ok but @raelynnofficial created the post.” Someone else who commented about the same thing was also told, “she didn’t even take the picture 🤦‍♀️ the baby’s mother did.“ 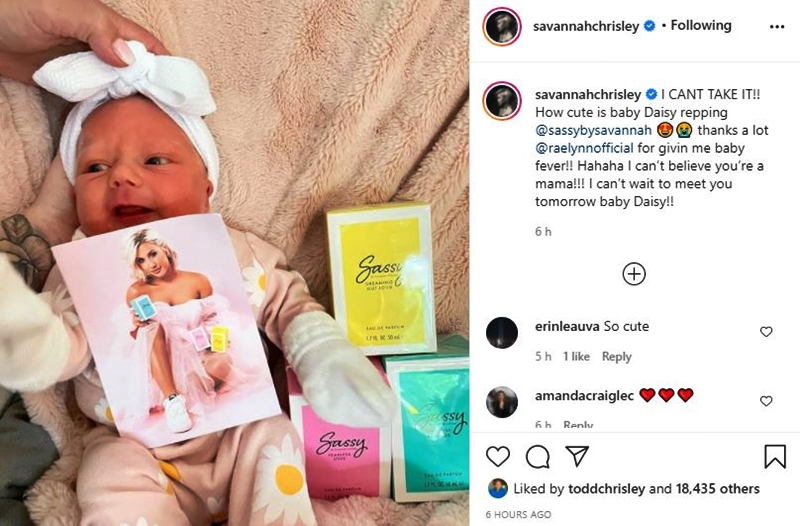 Actually, quite a lot of spam in comments seems to slip onto Instagram these days. For once, one seemed oddly apt about Savannah suffering from baby fever. It read, “CONTACT ME FOR ALL TYPE OF LOVE SPELLS.”

Be sure to catch up on everything happening with Savannah Chrisley right now. Come back here often for more Growing Up Chrisley and Chrisley Knows Best spoilers, news, and updates.