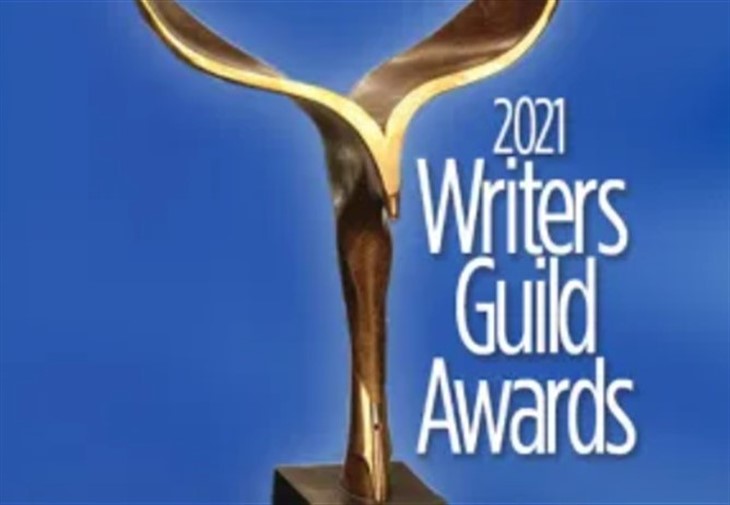 Days of our Lives (DOOL) spoilers reveal that the NBC soap opera is the 2021 winner of the Writers Guild Award for Daytime Drama.

Carlivati used his acceptance speech to thank the WGA for the honor and the individuals at NBC and Corday Productions for their support.

Carlivati said, “It’s just been a very strange year and it’s been an amazing thing that we’ve been able to put this show on at all. The fact that we’re back to writing six shows a week and taping in like eight shows a week is just pretty incredible despite all odds. So, I just want to thank my team and everybody that puts the show together on the air.”

In the episodes Adrienne Kiriakis (Judi Evans) died in a car accident as she was taking Sarah Horton (Linsey Godfrey) to the hospital. Sarah was in labor when the was run off the road by Orpheus (George DelHoyo).
As a result Sarah’s daughter, Mackenzie Horton, was born on the side of the road near the accident and sadly later pronounced dead at the hospital.

The death became the center of a baby switch storyline that riveted fans and confounded the Salem characters.

Days Of Our Lives Spoilers This Week – What Comes Next In Salem?

“DOOL” beat out the writing team of ABC’s “General Hospital” for the award as CBS’s “The Bold and the Beautiful” and “The Young and the Restless” did not submit episodes for review this year. The award went to “Y&R” last year.

Days of our Lives (DOOL) Comings and Goings: A Sad Farewell and a Sassy Newcomer Debuts #DOOL #Days #DaysOfOurLiveshttps://t.co/0S1z891XzT

This is terrific news for the daytime drama and its writing staff. Ironically, Days of Our Lives comings and goings show Sarah Horton (Linsey Godfrey) will be leaving the show soon, and fans are wondering what will become of Xander with his lady love gone from Salem. But the show goes on as they say, and like sands through the hourglass, so will DOOL.

Be sure to catch up on everything happening with DOOL right now. Come back here often for Days of our Lives spoilers, news, and soap opera comings & goings updates.