Days Of Our Lives (DOOL) Spoilers Tuesday, May 18: Nicole Has A Huge Confession – Kristen Desperate 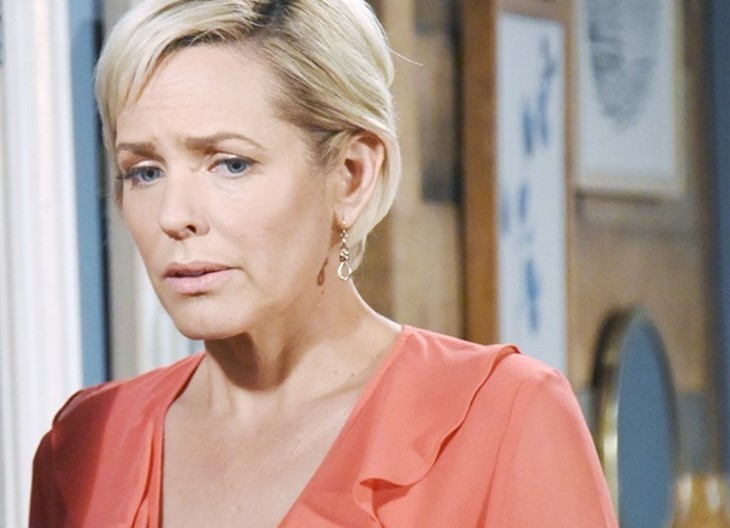 Days of Our Lives (DOOL) spoilers for Tuesday, May 18, 2021, reveal Nicole Walker’s (Arianne Zucker) enormous guilt getting the best of her.

When Eric (Greg Vaughan) first took off for Africa mere weeks after they wed, Nicole thought she could surely wait for him. After all, she’d waited decades to become his wife and she didn’t really think he’d been in Africa that long, right? Well, she was wrong. Eric has now told her numerous times that he keeps extending his stay and Nicole just had it last week when she heard the same thing again and realized her husband wasn’t coming home.

But at least she had Rafe (Galen Gering), right? Wrong again. Rafe is now dating Ava (Tamara Braun) and Nicole (Arianne Zucker) was feeling completely left out. So, she got drunk with Xander and one thing led to another and…uh-oh. She slept with Xander (Paul Telfer).

Nicole has to tell someone or the guilt will kill her so she chooses Ava. Will she also tell Ava some of what prompted her actions was her jealousy of how close Rafe and Ava have been getting?

Kristen (Stacy Haiduk) is in some pretty bad shape and is slowly going further over the edge than ever. In her desperation, she visits Lani (Sal Stowers) and the new mother learns that her BFF maybe everything everyone had been telling her she is.

She also contacts Xander and has a job for him, which he accepts? But will Xander really be able to do what Kristen is asking when all is said and done?

And then there’s Lucas (Bryan R. Dattilo) and Sami (Alison Sweeney) stuck in the DiMera tunnels, desperate to get out. The two continue their verbal sparring, but their passion and chemistry are still there. Are they about to give in to temptation again or can they focus on their escape? They might want to keep their heads clear since a visitor is about to change everything and Sami is going to have to think fast on her feet. Stay tuned to Days of Our Lives weekdays to see how these stories play out.