Days Of Our Lives (DOOL) Spoilers: The Rise Of The Walking Dead In Salem 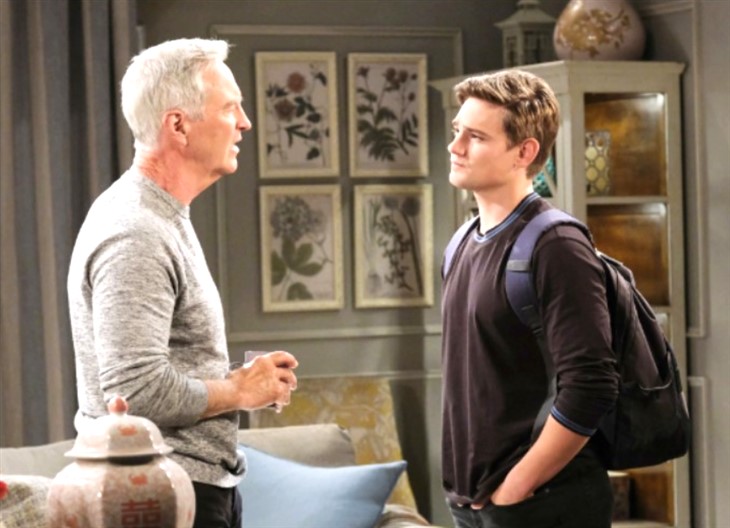 Days of Our Lives (DOOL) spoilers for Monday, November 1, 2021, reveal a Halloween in Salem that never seems to end. We are on Day Three and things are about to get weirder than ever.

Days of Our Lives Spoilers – What Has Johnny DiMera Done Now?

Johnny’s (Carson Boatman) insistence on doing a movie about his mother’s life and learning his grandmother was once possessed opened the door for The Devil to return. Once Marlena (Deidre Hall) signed on to allow the movie to be all about her possession, sealed the deal for Satan. Now, John Black (Drake Hogestyn) is stuck in the DiMera crypt and Johnny can’t believe MarDevil was there. But why should he be? The Ouija board told him that’s where The Devil could be found.

Now, it looks like Johnny clearly managed to contact the dead because we w\ill see a few scions of evil who should be dead and buried. That includes Deimos Kiriakis (Vincent Irizarry), Nick Fallon (Blake Berris), and Charlie Dale (Mike Manning). What damage might they cause during their little trip back from the underworld? It’s only one day but evil dead people can do a whole lot of damage. Uh-oh.

DOOL Spoilers – For Some Salemites, It’s Not Halloween

While all these dead people show up, life goes on as usual in other parts of Salem. Rafe Hernandez (Galen Gering) is convinced that Jake DiMera (Brandon Barash) purposely shot Abe Carver (James Reynolds), but that is not what happened at all and now Jake and Gabi (Camila Banus) have to convince him of that. He’s never liked Gabi’s boyfriend but doesn’t want to believe his own girlfriend had something to do with this. Will this spell the end of Rafe and Ava Vitali (Tamara Braun)?

That can make a big difference with Nicole Walker (Arianne Zucker), who already told Chloe Lane (Nadia Bjorlin) that she can’t stop thinking about Rafe. On Monday, she goes to visit the man Rafe is most concerned with, poor Mayor Abe, who is still stuck in the hospital. As the two catch up, will she end up confessing what’s been going on in her life with Rafe and EJ DiMera (Daniel Feuerriegel)? Stay tuned to Days of Our Lives weekdays to see how these stories play out.

Days Of Our Lives (DOOL) Spoilers: Jake Tells The Truth To Save Himself, Does It Work?