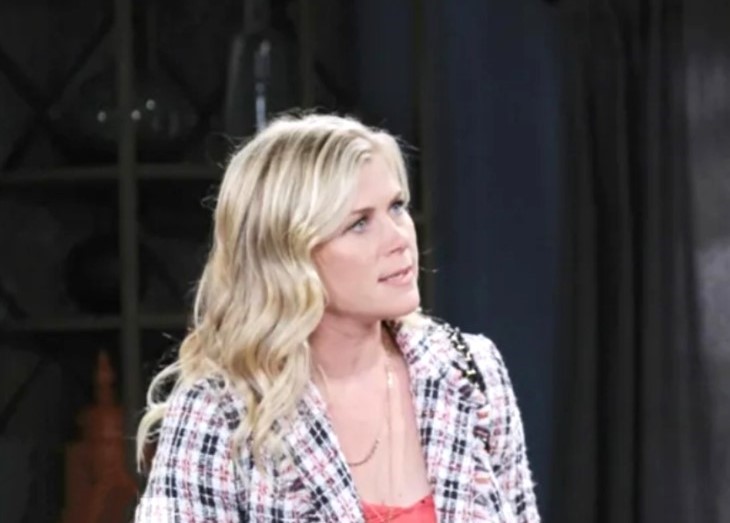 Days of Our Lives spoilers for the week of July 12 reveal that Sami DiMera (Alison Sweeney) tries to negotiate a deal with Xander Cook (Paul Telfer). It’s possible that Xander goes to Sami with proof of Nicole Walker Brady’s (Arianne Zucker) cheating. Perhaps he loses his job at Basic Black, which he only got by blackmailing Nicole. Will Xander and Sami strike a deal?

DOOL spoilers reveal that Xander keeps looking for a way to make easy money. He tried blackmailing a few times, but he’s lost his touch. He’s not as good at forcing people to pay up anymore. He does blackmail Nicole, but not for a one-time payout. He will run out of money eventually and needs a steady income stream. He needs a job, which is what has him blackmail Nicole into hiring him at Basic Black.

Brady Black (Eric Martsolf) overheard Nicole talking about her one-night stand with Xander. He was disappointed in her. The man shot Brady in Canada and left him for dead. However, he understands that Nicole was plastered and made a mistake. He promises to help her get out of her sticky situation with Xander.

It’s possible that Nicole fires Xander from Basic Black. When he threatens to tell Eric Brady (Greg Vaughan) about their night together, she might laugh at him. She could tell Xander to go ahead because Eric would never believe him.

Days Of Our Lives Spoilers – Xander Cook Can Provide Proof

Days of Our Lives spoilers reveal that Xander never walks away and rarely moves on very easily. He wants to punish Nicole and he knows exactly how to do that. With it being confirmed that Sami tries to negotiate a deal with Xander, this has to be connected to Nicole. He could provide evidence of Nicole’s betrayal. Sami is desperate to prove Nicole cheated on Eric. Of course, it makes her a hypocrite since she’s doing the same thing.

As far as proof goes, Xander might have something of Nicole’s that she left in the room at Salem Inn. It could be a piece of jewelry or even an article of clothing. However, Nicole could explain those away. Eric won’t just take Xander’s word for the one-night stand, either.

What Eric would pay attention to is a taped recording of Xander and Nicole talking about their night of passion. It would be easy enough for Xander to trick Nicole into talking about it. However, he will only give up the evidence if he gets something in exchange.

We know that Nicole has Brady and Ava Vitali (Tamara Braun) helping her handle Sami. She will also recruit Chloe Lane (Nadia Bjorlin), who could give Nicole the goods on Sami’s affair. Which woman will have her cheating exposed first? We will have to keep watching the NBC soap to find out.