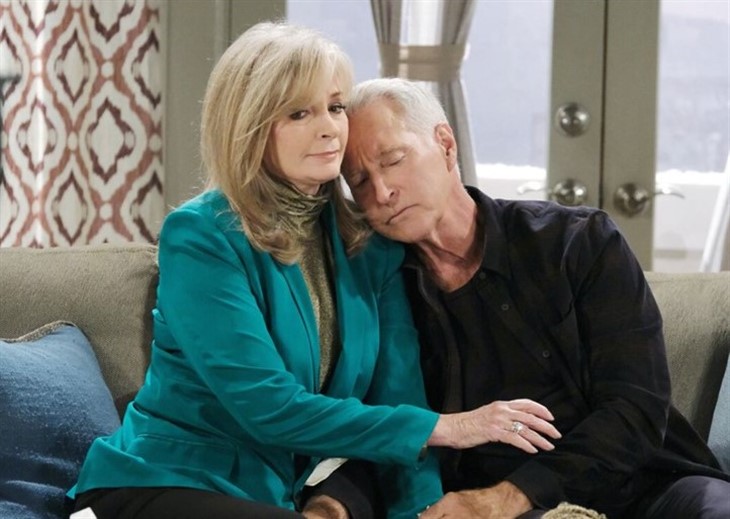 Days of Our Lives (DOOL) spoilers suggest that Charlie Dale (Mike Manning) wants Claire Brady (Isabel Durant) and refuses to let anyone get in his way. John Black (Drake Hogestyn) and Marlena Evans (Deidre Hall) were the first people to try to keep Claire Brady (Isabel Durant) away from Charlie. Could Charlie have found a way to poison John and Marlena to get rid of them?

Days Of Our Lives Recaps & Spoilers – Charlie Dale Is Evil

Days of Our Lives spoilers show Charlie has bragged about getting away with raping Allie Horton (Lindsay Arnold). Charlie thinks it is funny that he kidnapped and drugged his mother. Charlie continues to threaten his mother’s life now that she’s willing to testify against him. Charlie would try to kill anyone who wants to keep him from Claire. John and Marlena would be nothing but collateral damage to Charlie and a means to get what he wants. Has Charlie managed to drug John and Marlena? Will the two of them survive if he has?

Days of Our Lives Claire took Marlena and John food because Marlena doesn’t cook. However, John and Marlena also eat out a lot. Charlie could have heard someone stating they had an order for the couple and taken the opportunity to poison their food. Charlie could have also paid someone to tamper with it as well. After all, money talks, and some people will do anything to get ahead. Charlie works at Titan so he has money to pay someone to do his dirty work. Did he find someone to poison John and Marlena for him?

Days Of Our Lives Rumors & Spoilers – Another Strike Against Charlie Dale

If Charlie is behind John and Marlena’s illness, it will be another strike against him with Claire. It could also be something else for Days of Our Lives Rafe Hernandez (Galen Garing) to charge Charlie with. After all, the more things Charlie can be charged with the better. Claire would never forgive Charlie for going after her grandparents no matter how upset she was with them. Has Charlie made the mistake of targeting John and Marlena? Will John go after Charlie for not only Allie’s attack but also for Allie’s rape? Has Charlie finally met his match?

Days of Our Lives spoilers tease Charlie will soon meet his demise but someone has to be responsible. Has Charlie gone too far to come back now? Will Charlie be caught for attempted murder as well as rape and threatening his victims? Will someone take Charlie out before justice can be served.